It is less a problem of records than a problem of reckonings. We habitually see ourselves not as we are but as we aspire to be or fear we might be. Too readily, too unconsciously, we absorb who the world tells us we are, then live into — up to, or down to — that image, tender porous creatures that we are. (That, of course, is the most toxic effect of bigotry — we come to internalize our own devaluation by society, even if we consciously believe otherwise.) All the while, half-opaque as we are to ourselves, we keep trying to communicate to others what we want, what we mean, what it is like to be us. Even at their most honest and self-aware, these transmissions are irresolute and incomplete. Often, they are warped by our yearning to appear a certain way to the receiver, to achieve a certain effect with the signal — ripples on the surface of the self, catching the light depending on the position of the observer and the fleeting weather system of the observed. The Victorian love letter and the text message, the memoir and the Instagram selfie — they are all fragments of self-expression frozen in time, expressing a self fragmentary and discontinuous across the sweep of a life, fragments that can never reconstitute for posterity a complete and cohesive portrait of a person, because to be a person is to be perpetually contradictory and incomplete.
We live together, we act on, and react to, one another; but always and in all circumstances we are by ourselves. The martyrs go hand in hand into the arena; they are crucified alone. Embraced, the lovers desperately try to fuse their insulated ecstasies into a single self-transcendence; in vain. By its very nature every embodied spirit is doomed to suffer and enjoy in solitude. Sensations, feelings, insights, fancies — all these are private and, except through symbols and at second hand, incommunicable. We can pool information about experiences, but never the experiences themselves. From family to nation, every human group is a society of island universes.
There is a surface logic to this reasoning. Despite my years-long immersion in the totality of Emily Dickinson’s surviving archives, I — and you, and she — will never have a final theory of who this person, this flickering constellation of poetic conceits and personal contradictions, really was. But even as an archive-dwelling scholar frequently forestalled by the dearth of surviving records of bygone lives, I doubt that more information equals more illumination. We can hardly fathom our own depths, much less another’s — no matter the count of waves.

Complement with James Baldwin, writing in the same era, on “the doom and glory of knowing who you are and what you are” and a sweeping Borges-infused reflection on chance, the universe, and the fragility of knowing who we are, then revisit Huxley on the power of music and the antidote to our existential helplessness.
The confusion only deepens when two complexities try to make sense of each other, as we do whenever we connect with one another:
There is strange consolation in this, in knowing ourselves and each other only incompletely — a mercy that saves us from the tyranny of a final verdict on who and what we are.

In certain cases, Huxley observes, those other minds appear to “belong to a different species and inhabit a radically alien universe” — none among us can be anything more than a bewildered visitor to the wonderlands which Bach and Blake called home. Even in less extreme cases, even in the everyday wonderlands we ourselves inhabit, the limitations of language — our primary instrument for outrospection — keep us from inviting others into the place where we live. Drawing on that timeless line from Milton’s Paradise Lost — a line that might just be the most succinct summation of all philosophy and all psychology — Huxley writes:

The mind is its own place… Words are uttered, but fail to enlighten. The things and events to which the symbols refer belong to mutually exclusive realms of experience.

In his 1954 classic The Doors of Perception (public library), which explores a particular biochemical method for plumbing those unfathomed depths of personhood far beneath the surface waves of the self, he makes this astute general observation:

Conversing with a symphonic-minded physicist and a science-spirited musician on a small boat off the coast of a small island, I express my skepticism that the swell of digital records would improve posterity’s ability to know us better than we know our antecedents. A life, my companions argue as a thousand tiny waves scatter the late-summer sun into a shimmering constellation around us, is immensely easier to reconstruct from the mass of emails and text messages we will each leave behind than it is from a handful of faded letters in a Victorian desk-drawer.

To see ourselves as others see us is a most salutary gift. Hardly less important is the capacity to see others as they see themselves. 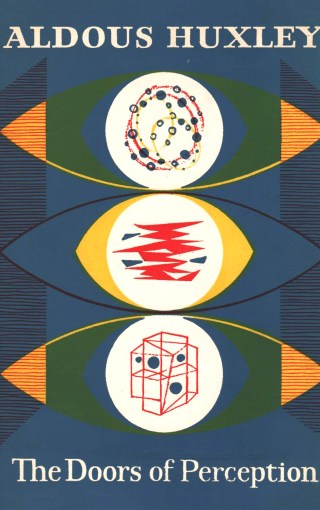 Most island universes are sufficiently like one another to permit of inferential understanding or even of mutual empathy or “feeling into.” Thus, remembering our own bereavements and humiliations, we can condole with others in analogous circumstances, can put ourselves (always, of course, in a slightly Pickwickian sense) in their places. But in certain cases communication between universes is incomplete or even nonexistent.

Such clarity of vision across the abyss of subjective experience is inherently challenging — we inhabit, in Huxley’s lovely poetic image, “island universes.” He writes:

The conversation on the boat reminded me of a passage by Aldous Huxley (July 26, 1894–November 22, 1963), exquisitely illustrative of these ambiguities and ambivalences of personhood.

Human beings are immensely complicated creatures, living simultaneously in a half dozen different worlds. Each individual is unique and, in a number of respects, unlike all the other members of the species. None of our motives is unmixed, none of our actions can be traced back to a single source and, in any group we care to study, behavior patterns that are observably similar may be the result of many constellations of dissimilar causes.