Are you interested in learning about recent work in philosophy of science but lack the time to read a bunch of articles? Well, a new feature at the British Journal for the Philosophy of Science (BJPS), “Short Reads,” may be just what you need, and may provide a model for other journals across the discipline.
BJPS Short Reads is aimed at encouraging a broader audience to read and engage with the work of BJPS authors. It can feel like there’s already too much to read in our own area, never mind further afield. These essays provide an easy, low-commitment route into this research for philosophers who aren’t philosophers of science, and/or researchers who aren’t philosophers at all. 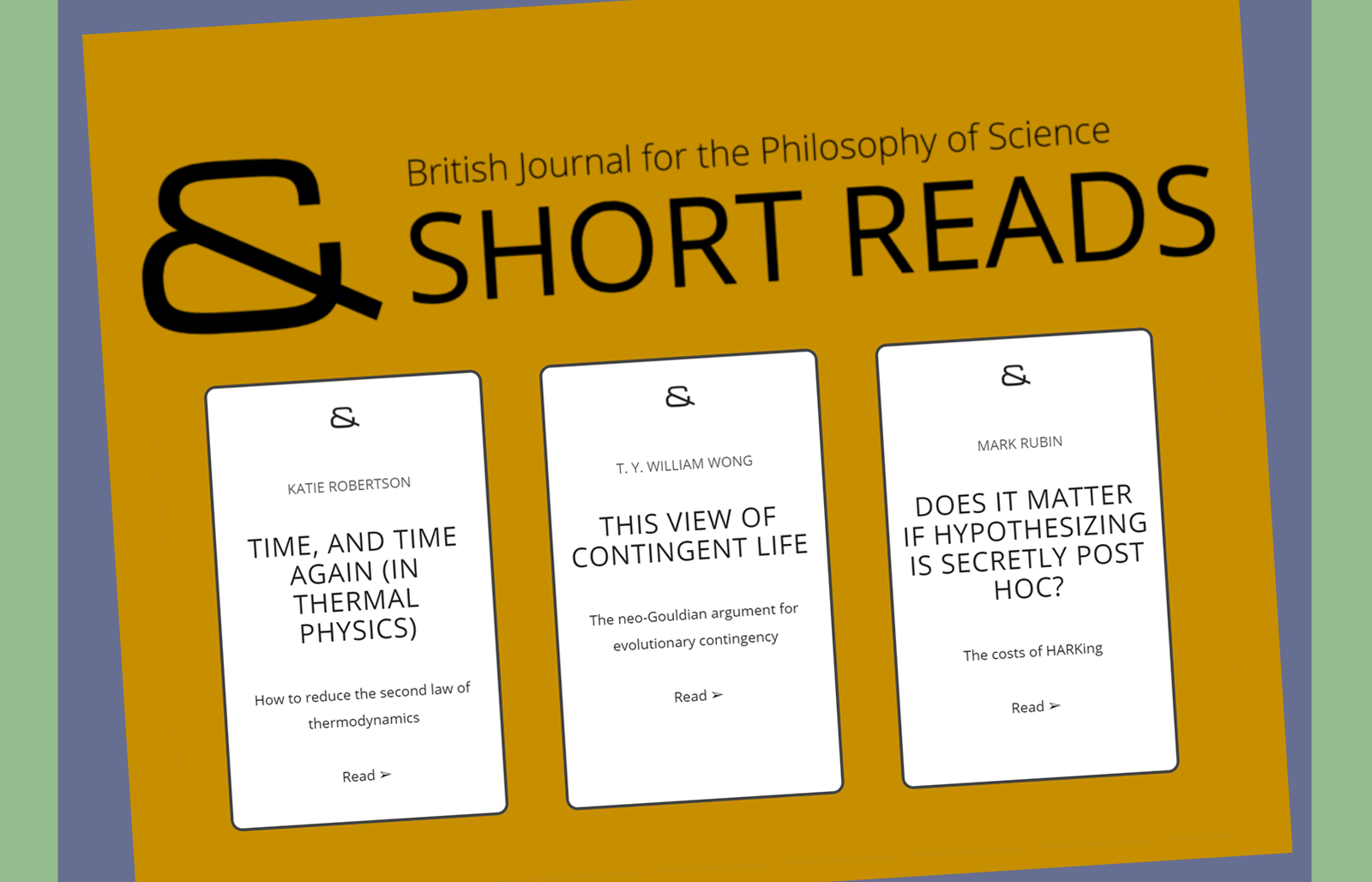 Good idea. Are other philosophy journals currently doing or planning on doing this?
“Short Reads” are summaries of articles appearing in BJPS, written by their authors. The idea just got started, and so far there are three Short Reads up, with more to be added every couple of weeks. Anyone who has a paper accepted for publication in the journal is given the option to write a Short Reads version; according to the journal’s deputy editor, Elizabeth Hannon (LSE), “take up has been very high so far.”
The Short Reads are longer than article abstracts, but much shorter than the typical journal article (they seem to average around 1400 words). Dr. Hannon writes: