Burton was only a teenager when he was plunged into his first episode of debilitating depression — a term that did not yet exist in the modern sense, because mental health did not yet exist as a clinical concept. This “melancholy,” which often left him with “a heavy heart and an ugly head,” was so disabling that it took him more than a decade to complete his studies at Oxford. He kept trying to leave the university and start an independent life, but never quite managed, lamenting his “hopes frustrated” and feeling “left behind, as a Dolphin on shore.”
This, indeed, is a word Burton cherishes: Epochs before I borrowed the lovely phrase Patti Smith borrowed from William Blake in living the life-resolution to seek out what magnifies your spirit, magnify is the word Burton uses over and over for the activities he most recommends as salves for depression — he writes of how reading, walking, and art “much magnify” the person who partakes of them; four centuries before neurologist Oliver Sacks reflected on forty years of medical practice to point to gardens as one of the two things that have most helped his patients heal, Burton writes of a royal garden that “highly magnifies” the visitor’s spirit. 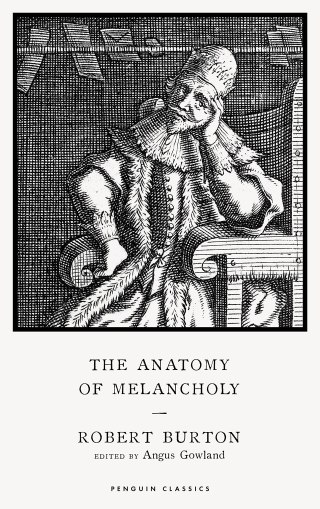 Like Whitman did with his Leaves of Grass, Burton kept obsessively revising and expanding his magnum opus, publishing five more editions by the end of his life — no small triumph for a book in the first century since the Printing Revolution, or a book in any era, especially one nearly a thousand pages long.
Amongst those exercises, or recreations of the mind within doors, there is none so general, so aptly to be applied to all sorts of men, so fit and proper to expel idleness and melancholy, as that of study… Who is he that is now wholly overcome with idleness, or otherwise involved in a labyrinth of worldly cares, troubles and discontents, that will not be much lightened in his mind by reading of some enticing story, true or feigned, [or] observe what our forefathers have done, the beginnings, ruins, falls, periods of commonwealths, private men’s actions displayed to the life, &c… Who is not earnestly affected with a passionate speech, well penned, an elegant poem, or some pleasant bewitching discourse?… To most kind of men it is an extraordinary delight to study. For what a world of books offers itself, in all subjects, arts, and sciences, to the sweet content and capacity of the reader? In arithmetic, geometry, perspective, optics, astronomy, architecture, sculpture, painting… in mechanics and their mysteries, military matters, navigation, riding of horses, fencing, swimming, gardening, planting… in music, metaphysics, natural and moral philosophy, philology, in policy, heraldry, genealogy, chronology… What so sure, what so pleasant?
This is the essence of his insight — the way our physiological experience and our psychological experience can magnify each other. He writes:

To walk amongst orchards, gardens, bowers, mounts, and arbours, artificial wildernesses, green thickets, arches, groves, lawns, rivulets, fountains… brooks, pools, fishponds, between wood and water, in a fair meadow, by a river side… in some pleasant plain, park, run up a steep hill sometimes, or sit in a shady seat… [is] a delectable recreation.
To that great inconvenience, which comes on the one side by immoderate and unseasonable exercise, too much solitariness and idleness on the other, must be opposed as an antidote, a moderate and seasonable use of it… both of body and mind… conducing to… the general preservation of our health.

There is chess, “invented (some say) by the general of an army in a famine, to keep soldiers from mutiny” — an activity he considers “good and witty exercise of the mind,” sure to allay melancholy in those who are “idle, and have extravagant impertinent thoughts, or troubled with cares, nothing better to distract their mind, and alter their meditations.” But he hastens to caution that chess “may do more harm than good” if you become too invested in its mastery — then, chess can become “too full of anxiety” and turn into “a testy choleric game” causing grave distress to the brittle ego of the loser who is already in low spirits.
Burton inhabited the golden age of Renaissance anatomy, when Leonardo da Vinci’s anatomical drawings peered into the distant future of medicine. But medicine then was still as crude as a stone blade directed at the body, to the total Cartesian exclusion of the mind. Psychology was not even a faint contour in humanity’s imagination. The birth of neuroscience was still three and a half centuries away. That Burton applied a term of physiology to the understanding of a psychology not yet born is already a staggering leap of the imagination. But even as a progressive of his era, he was also — like every visionary — a product of his era. (Which is alright — as I often say, even the farthest seers can’t bend their gaze beyond their era’s horizon of understanding; to expect of them otherwise is ahistorical hubris and an act of cruelty toward the limits of their time and place, which they chose no more than we have chosen ours.) Burton endorsed the humoral theory of the human body, navigated life-decisions by astrological calculations, earnestly believed in a physiological basis for men’s intellectual superiority, celebrated barbarisms like hunting and hawking as spiritually worthy recreations, and excluded women from all recreations of the mind, relegating them to “curious needleworks,” the making and showing off of “confections, conserves, distillations, &c.,” and the tending to “sweet-smelling flowers” in the garden.

Burton returns to the necessary balance of bodily and mental exercise in lifting the grey gauze of melancholy:

Eventually — centuries before psychologists demonstrated that revising our inner narrative about a situation is the only way to improve our experience of that situation — Burton reoriented to his circumstance, coming to feel that his “monastick life” protected him “from those tumults & troubles of the world.” Out of this conflicted isolation, he composed The Anatomy of Melancholy, subtitled What it is, with all the kinds, causes, symptomes, prognostickes, & severall cures of it.” It went on to touch lives as varied as Samuel Johnson, Jorge Luis Borges, and Nick Cave. Keats — whose brief and light-giving life was punctuated by periodic onslaughts of darkness — declared it his favorite book.

Complement these fragments from the monolith of time and thought that is Burton’s Anatomy of Melancholy — which goes on to offer remedies for insomnia, apathy, and other manifestations of the eternal malady — with a modern florilegium of great writers on the mightiest remedy for depression, then revisit Walt Whitman’s workout and neuroscientist Antonio Damasio on how the feeling-tone of the body scores the symphony of the mind.

Perched in time between the dawn of medicine with Galen and Hippocrates, and holistic healthcare as we now know it, Burton distills what those before him prescribed for good health. He observes that of the “labours, exercises, and recreations” most commonly recommended, “some properly belong to the body, some to the mind, some more easy, some hard, some with delight, some without, some within doors, some natural, some are artificial.” He then goes on to make his own recommendation for the activities most potent as antidotes to melancholy. Alongside running and dancing, country sports and city gymnastics, he devotes an especially lovely passage to the one bodily activity most beloved by fertile minds.

With this, he arrives at his most confident prescription. Centuries before T.H. White dreamt up the adventures of King Arthur’s court and put into the mouth of his Merlyn the mightiest consolation for sorrow , Burton offers:
And yet, through his convoluted Old English and his epochal blind spots, there shines a bright and clear light of understanding — a beam stretching backward and forward in time, to the dawn of our species and to the far future of our science, illuminating what it means to be human and what we can do to magnify the light of our humanity even in our darkest hours.

Body and mind must be exercised, not one, but both, and that in a mediocrity; otherwise it will cause a great inconvenience. If the body be overtired, it tires the mind. The mind oppresseth the body, as with students it oftentimes falls out, who (as Plutarch observes) have no care of the body.
Noting that such recreations can uniquely “refresh and give content to a melancholy dull spirit,” and that they are universally and readily available to just about anyone anywhere, he adds:
Every palace, every city almost hath its peculiar walks, cloisters, terraces, groves, theatres, pageants, games, and several recreations; every country, some professed gymnics to exhilarate their minds, and exercise their bodies.

In a passage that especially gladdens my astronomically enraptured soul, Burton celebrates one particular region of curative curiosity:

In all nature what is there so stupendous as to examine and calculate the motion of the planets, their magnitudes, apogees, perigees, eccentricities, how far distant from the earth, the bigness, thickness, compass of the firmament, each star, with their diameters and circumference, apparent area, superficies, by those curious helps of glasses, astrolabes, sextants, quadrants… arithmetic, geometry, and such like arts and instruments?

An impressive florilegium nearing a thousand pages strewn with a progenitor of hypertext, the book weaves together a cornucopia of quotations from earlier writers, from Seneca to Solomon, to illustrate Burton’s central points — many radical then, some radical still — about a subject he examines “philosophically, medicinally, historically, opened and cut up”; a subject of which he had an early and intimate experience. “That which others hear or read of,” he wrote, “I felt and practised myself; they get their knowledge by books, I mine by melancholizing.”

Epochs before modern neuroscience came to locate the crucible of consciousness in the body, centuries before William James proffered his pioneering theory of how our bodies affect our emotions, Robert Burton (February 8, 1577–January 25, 1640) took up these questions in his 1621 tome The Anatomy of Melancholy (public library | public domain), observing that “there is almost no part of the body, which being distempered, doth not cause this malady.”

Then there are acts of charity and philanthropy, “which are harmless jests, and have their good uses,” but people often perform them “to exhilarate themselves and others” — acts often used to prop the doer’s own ego, with little long-term circumstances of those upon whom they are bestowed. (Here too Burton is far ahead of his time, presaging our still dawning understanding of the paradoxes of aid in notions like “effective altruism” and “impact investing.”)

Study is only prescribed to those that are otherwise idle, troubled in mind, or carried headlong with vain thoughts and imaginations, to distract their cogitations… and divert their continual meditations another way. Nothing in this case better than study… As meat is to the body, such is reading to the soul.

Whosoever he is therefore that is overrun with solitariness, or carried away with pleasing melancholy and vain conceits, and for want of employment knows not how to spend his time, or crucified with worldly care, I can prescribe him no better remedy than this of study, to compose himself to the learning of some art or science.