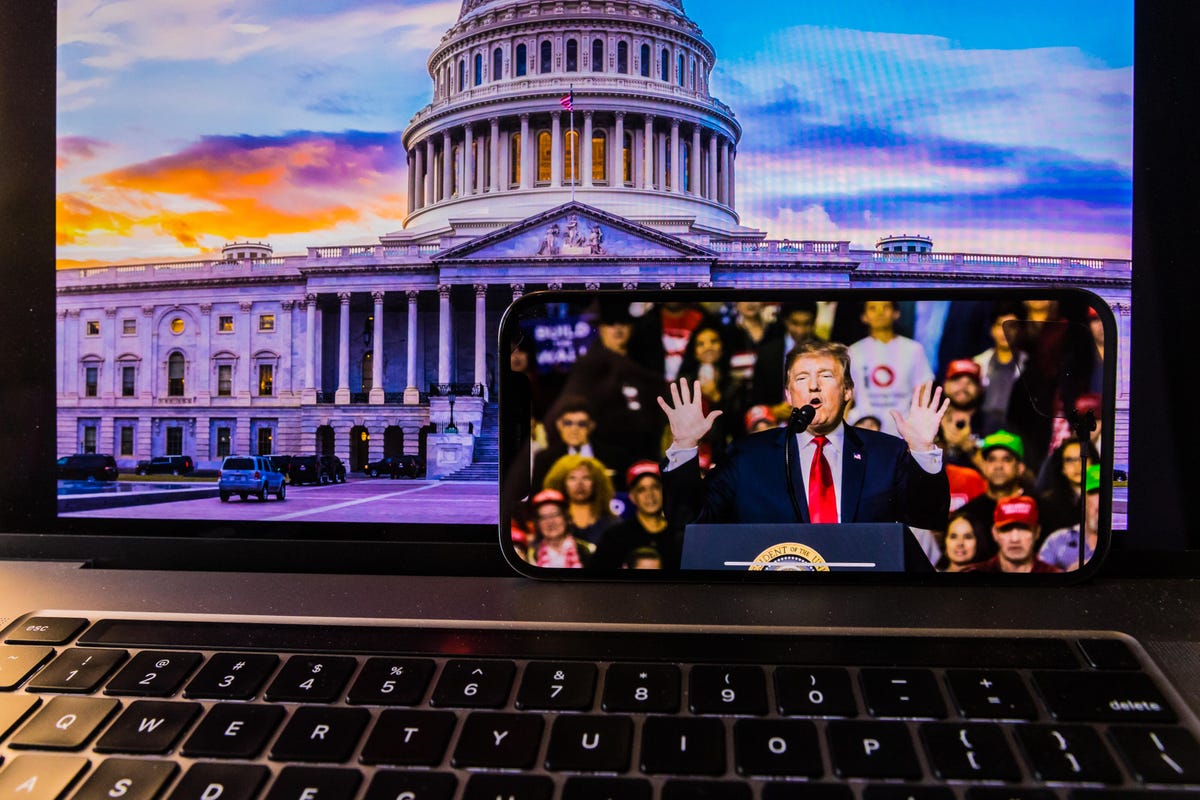 Alex Jones turned his niche conspiracist publication into a goldmine for himself, and a powder keg for others.
Though success is sometimes hard to gauge past video views and retweets, in the case of the Lincoln Project, much of the effort is directed toward trolling Trump himself.

Though the world of politics is somewhat new to the phenomenon of social media stardom through internet infamy, it’s something the entertainment world’s known for decades.
Fox reportedly refused to run the ad without edits, and a wave of media attention followed, leading more than 3.5 million of people to watch the “banned” “uncensored” ad on YouTube before the game even began. Entrepreneur Magazine declared the fracas a coup for SodaStream, declaring “Want your ad to go viral? Get a TV network to ban it.”

As for Greitens, the Missouri Republican Senate hopeful went from polling ahead of his opponents when posting his video this June to losing his primary bid in August.
The ad was quickly pulled down by Facebook and labeled as “abusive” by Twitter. That’s when Greitens’ real ad campaign began.
Steven Crowder, a popular conservative YouTuber, was blocked from running ads on his channel in 2019 after a series of mocking homophobic attacks toward another personality. He immediately used it as a fundraising tactic, selling similarly offensive T-shirts. A year later, he’d gained over a million new subscribers and hosted other controversial extremist conservatives like Donald Trump Jr. and Texas Sen. Ted Cruz.

2. Wait for video to get removed/restricted by tech platform
3. Fundraise off being censored
Since then, he’s only posted to Twitter twice. Both times, he claimed political opponents and his ex-wife had lied about him, without acknowledging the criticism he received from his own party. Greitens ultimately received less than 19% of votes cast, placing third in the primary. His 124,155 votes were less than half those of the winner.

“They’re not stupid — they’re very good at grabbing attention,” said Mike Rothschild, a journalist whose book The Storm Is Upon Us dissects viral extremism among Trump supporters on social media. “It’s campaigning through trolling.”
After social media sites acted against his video, Eric Greitens posted that it was available on the Washington Post website.

That’s what longtime Republican strategist Reed Galen began work on when he co-founded a political action committee called the Lincoln Project in 2019, to attack Trump. Galen’s group “didn’t have that much money” to run traditional TV ads. So, instead, they began posting videos to social media.
Scarlett Johansson’s ad with SodaStream quickly went viral when Fox attempted to censor it before the Super Bowl in 2014.
Though some online personalities have been able to turn outrage into larger fame and riches, it doesn’t always stay that way. Conspiracist Alex Jones saw revenue for his InfoWars media empire skyrocket after Apple, Twitter, Facebook, YouTube and others kicked him from their platforms in 2018. They acted after Jones spent years spreading harassing lies about perceived enemies, including his years-long insistence the 2012 Sandy Hook school massacre that killed 26 people, most of whom were children, was faked.
His success soured this year, though, after juries in Texas and Connecticut ordered Jones to pay nearly billion to the victims’ families after a series of defamation trials. (Undeterred, he urged followers to help fund his appeal.)
The Missouri Republican Senate hopeful’s ad starts with him walking up to a home, shotgun in hand and pistol on his hip. He says the target “feeds on corruption and is marked by the stripes of cowardice.” After a team of men in military fatigues ram the door down, Greitens walks in saying he’s acting on behalf of former President Donald Trump’s political movement, hunting “RINOs” — a mocking abbreviation among conservatives, “Republicans In Name Only.”
Not all politicians are using violent rhetoric and lies to go viral. Moderates have learned, for example, that goading extremists into attacking them helps to spread their message too.
On the right, there don’t appear to be high-profile ad makers using these tactics but rather social media stars, pundits and politicians themselves. Extremist conservative media stars frequently go viral for their outlandish posts, and some have begun using a similar Streisand-like model where being “banned” is achievement.
1. Make video about hunting people As condemnation swiftly came from across the political spectrum, Greitens reveled in his sudden virality. A former Navy Seal, Greitens’ political career was already filled with controversy, including accusations of sexual abuse and campaign finance violations that ultimately led him to resign his position as Missouri’s governor in 2018. Now, he was again the center of attention. “Thank you to @WashingtonPost for hosting our video on their website!” Greitens tweeted, alongside a link to a story from the paper. “Everybody can visit the link below to see our new ad!”
in January for spreading COVID-19 disinformation into fundraising appeals, asking for “emergency contributions” to “fight big tech censorship” and the “Silicon Valley Cartel.”

Read more: The Normalizing of Extreme Politics Is Playing Out on Twitter

Though these types of ads aren’t widespread, they are growing in popularity, marking a sign of how militantly extremist rhetoric is becoming part of mainstream Republican politics. Along with it, condemnation has turned into a badge of honor among radicals, rather than a critical tool meant to restrain them. As their viral posts go ever further, they supercharge fundraising efforts in the process.
Within the first 24 hours, Greitens claimed, his video had already been watched at least 3.5 million times. And to the outrage, he doubled down, calling his critics either liberal or “RINO snowflakes,” while claiming his ad was meant to be humorous. The Missouri Fraternal Order of Police said in a statement at the time that the “deplorable” video “sends a dangerous message that it is somehow acceptable to kill those who have differing political beliefs.” Greitens didn’t respond to a request for comment.

Companies soon realized they could leverage infamy to get free advertising. Home beverage device maker SodaStream did exactly that in 2014, when it said it’d hired then-29-year-old movie star Scarlett Johansson to tape a steamy commercial for the Super Bowl. In it, Johansson praises the home-mixed soda while she suggestively sips from a straw. 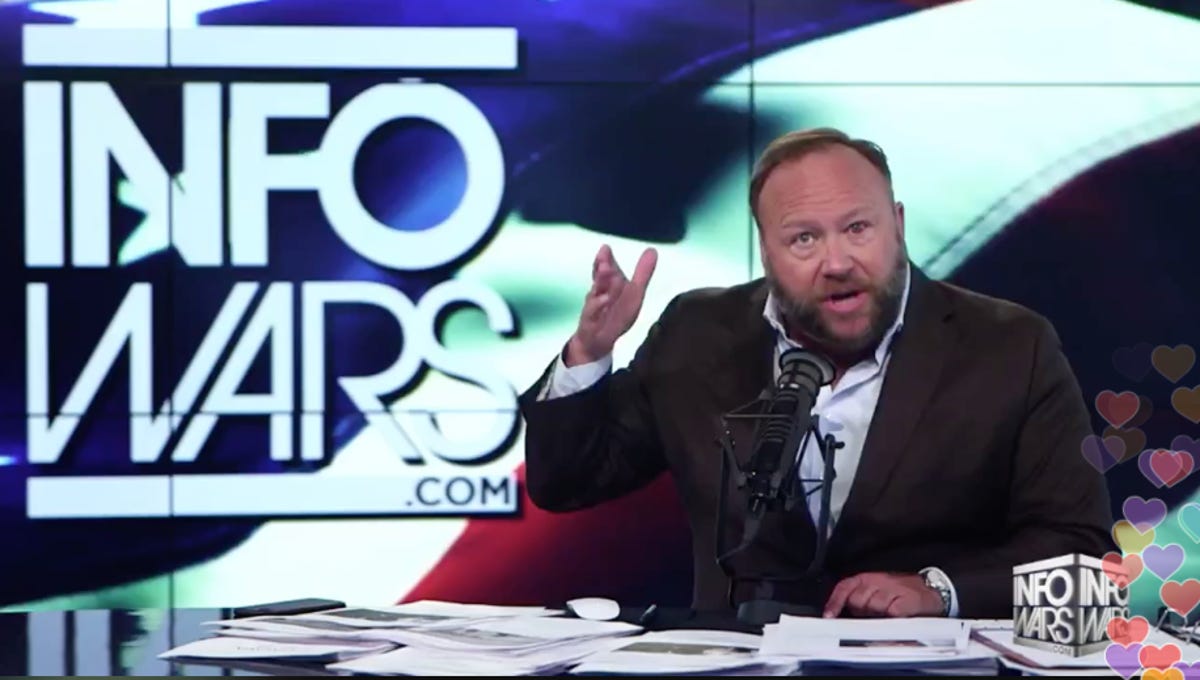 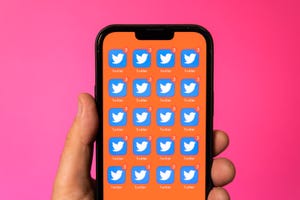