Complement with Melville on the value of being uncomfortable and Patti Smith’s cure for insomnia, inspired by Moby-Dick, then revisit Simone de Beauvoir on how chance and choice converge to make us who we are. 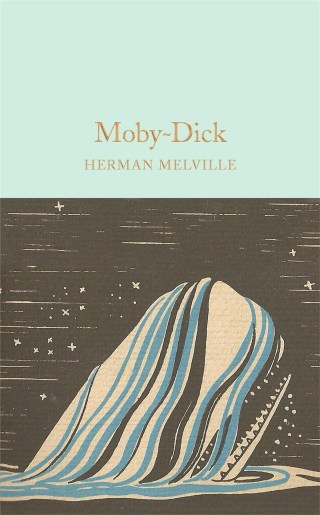 “The self is a style of being, continually expanding in a vital process of definition, affirmation, revision, and growth,” the poet Robert Penn Warren wrote in his impassioned and insightful challenge to the notion of “finding yourself” — something the Harvard psychologist Daniel Gilbert captured half a century later in his memorable quip about our blind spots of becoming: “Human beings are works in progress that mistakenly think they’re finished.”

As the novel nears its own last pause, Melville makes his most poignant and perspectival point about personhood — a reminder that we, wondrous as we each are in our individuality, are far less unlike one another than we like to believe, when viewed with impartial remove free from human vanity. “All sorts of men in one kind of world,” he marvels. But then he pivots to the underlying fact we — creatures born self-referential and raised to feel singular — are always uneasy facing:

Seat thyself sultanically among the moons of Saturn, and take high abstracted man alone; and he seems a wonder, a grandeur, and a woe. But from the same point, take mankind in mass, and for the most part, they seem a mob of unnecessary duplicates, both contemporary and hereditary.

We are indeed near-identical copies of the same basic needs, hopes, fears, and soul-quickenings, made of the same common stardust. This, after all, is why a novel — or any work of art — that sprang from the imagination of a single individual can stir and enchant millions across time and space, across cultures and centuries and selves.

Two millennia before Plutarch probed what makes you you in his enduring thought experiment, two decades before Nietzsche admonished that “no one can build you the bridge on which you, and only you, must cross the river of life,” and a century before James Baldwin turned to the sea for existential evidence that nothing in this world is fixed, including us, Melville considers the myriad twists and turns, the forward leaps and backward steps, the detours and digressions by which the story of life tells itself through us. At the heart of his meditation is a warning: We must set ourselves free from the illusion that there is a steady vector of personal growth, along which we glide unperturbed toward some final completeness, where we at last become our fully realized selves and where life is at last permanently becalmed. He writes:

An epoch earlier, Herman Melville (August 1, 1819–September 28, 1891) wove the everlasting questions of being and becoming into the heart of Moby-Dick (free ebook | public library) — the 1851 classic he composed as a 927-page love letter to Nathaniel Hawthorne.
The mingled, mingling threads of life are woven by warp and woof: calms crossed by storms, a storm for every calm. There is no steady unretracing progress in this life; we do not advance through fixed gradations, and at the last one pause: — through infancy’s unconscious spell, boyhood’s thoughtless faith, adolescence’s doubt (the common doom), then scepticism, then disbelief, resting at last in manhood’s pondering repose of If. But once gone through, we trace the round again; and are infants, boys, and men, and Ifs eternally. Where lies the final harbor, whence we unmoor no more?