UPDATE: There’s an ungated version here, and supplemental materials (including more data than that which is discussed in the article) here. 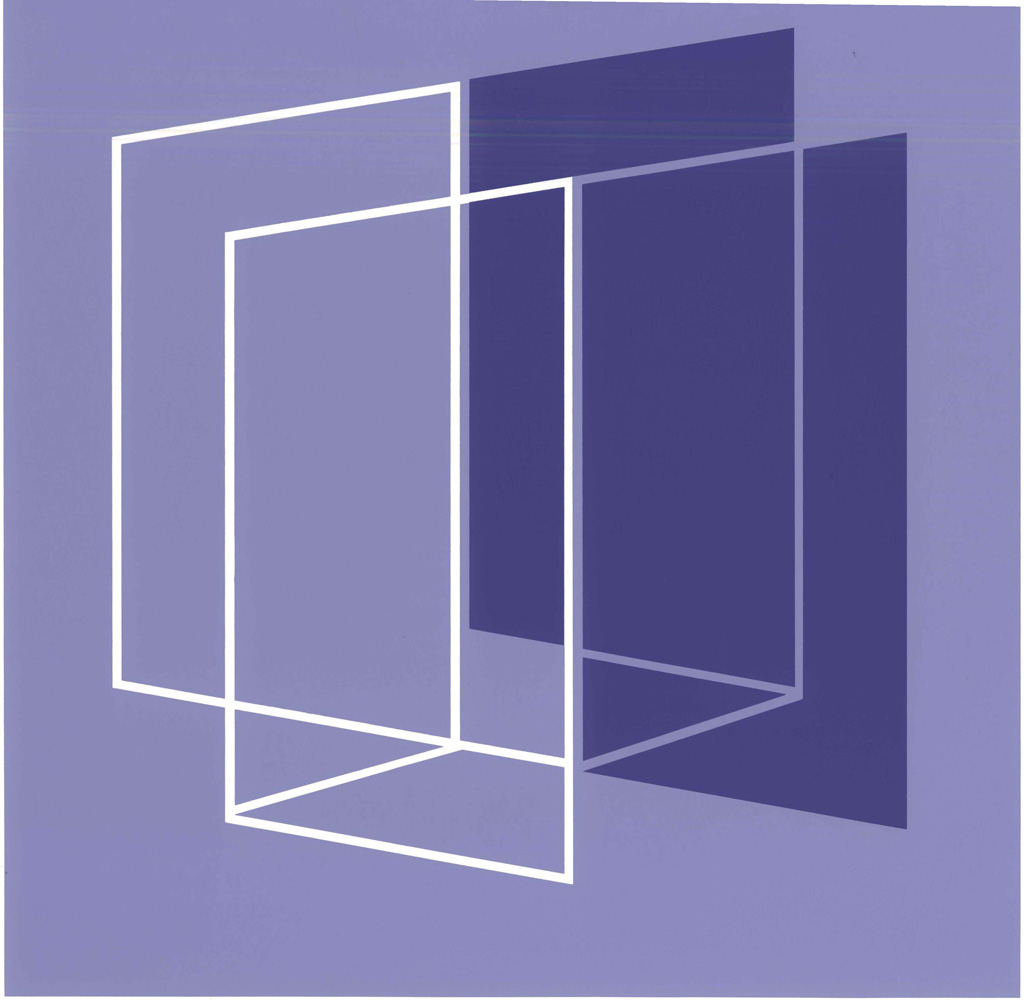 Additionally, they found that being more politically right-leaning was associated with several philosophical views, such as theism, free will libertarianism, nonphysicalist views in philosophy of mind, and the correspondence theory of truth.

The research was carried out by David B. Yaden (psychology, Johns Hopkins University) and Derek E. Anderson (philosophy, Boston University), and the results have recently been published as “The psychology of philosophy: Associating philosophical views with psychological traits in professional philosophers,” in Philosophical Psychology. They write:
What are we to take from all of these findings, if anything? The authors write:
But they did find some positive correlations:
A new study looks at correlations between professional philosophers’ philosophical views and their psychological traits, religious beliefs, political views, demographic information, and other characteristics.
[Josef Albers – untitled from “Formulation: Articulation”]

The full article (paywalled) is here.

Our interest was in how philosophical views (not merely intuitions about philosophical thought experiments) relate to psychological traits in professional philosophers… we aim to identify associations between psychological traits and philosophical views for further replication and study.
To the extent that reliable causal patterns emerge between philosophical beliefs and other psychological factors, we are presented with the opportunity to study the structure of belief in a way that is elided by typical discussions in the philosophy of mind. Epistemically significant mental states such as beliefs and credences are typically characterized in terms of their contents and/or their functional roles in rational inference. Relatively little attention has been paid to connections between philosophical beliefs/views and personality, mental health, life experiences, psychopharmacology, or other psychological variables. The present study suggests that there may be important relationships between philosophical beliefs and various psychological traits. These findings therefore could raise doubts about the adequacy of a purely rationalistic conception of belief.
What did they learn? Below are some of their findings (for which they used a “conservative criterion” for statistical significance “to increase the likelihood that the reported correlations would replicate”).
Some of their results were negative, or findings of a lack of correlation:
Their method involved asking philosophers questions based on the PhilPapers Survey and administering measures for “personality, well-being, mental health, numeracy, varieties of life experiences, questions related to public education of philosophy, and demographics.” Their results are based on a sample of 314 respondents (264 of which were philosophy professors, with the remaining being post-docs and graduate students), about which they gathered some background information, such as gender, race, political views, academic affiliation, and philosophical tradition.

The authors also found evidence of correlations between being an analytic philosopher and supporting certain philosophical views, such as the correspondence theory of truth, realism about the external world, invariantism about knowledge claims, scientific realism, and that one ought to pull the switch (sacrifice one person to save five others) in the bystander part of the trolley problem.

Related: The Personality of Philosophy Majors
It is also possible that certain psychological states provide evidence for philosophical positions. Perhaps, for example, some features of depression might (seem to) provide evidence for a lack of free will. Or perhaps experiences with some mind-altering substances (seem to) provide evidence related to objective esthetic value. These possibilities suggest empirical lines of research into the ways in which individuals understand or consciously perceive the evidential relationships between their psychological states and their philosophical views.