Philosophy is not (inherently) at some remove from the hard, unyielding stuff of material reality, stuff that offers up resistance and much challenge. We build work we hope won’t get washed out but know that this can happen, and the tension that comes in constructing work that will be tested and tried by forces outside ourselves is important. This is the core of our practice. Whether as philosopher or farmer, I care greatly for contact with reality and with its many tensions. But the tensions that our workplaces induce and foster are sourced elsewhere. Much of the bureaucracy, committees, and governance of academia seem to me not only like false fronts and facades, but ones especially resistant to correction by, or even contact with, reality. They are often little more than bullshit. And, alas, bullshit in which we must participate and even help produce. Worst of all, if one should utter the seemingly seditious thought that all of it is waste and farce, the response may well be: What’s your point? That is, it is not as if others have not noticed. The Potemkin villager who announces that, “hey, we aren’t building real houses here!” is the one who has somehow missed the purpose of it all. I am fairly well convinced that, whether we will or no, human beings are shaped by the practices in which they engage. My sense of this achieved new force over the pandemic, not just because so many existing social practices fell apart but because my own changed. Living isolated on a farm for well over a year, I rarely walked on concrete and became more accustomed to seeing wildlife than people. The work I did around the place was the sort one cannot massage with empty rhetoric and gestures—if your task is to rebuild the creek crossing, there is only whether your work withstands the spring rains or not; if you’re on your own with a wounded animal that can’t be saved, you can’t coo it into better, but should just in mercy shoot it. None of this or like work can rest on words, so much less on gaudy, vacant rhetoric. Its raw immediacy does not profit from a mare’s nest of verbal “strategic planning,” “anticipated outgrowths,” or “targeted initiatives.” By and large, such work even rejects “excellence.” Returning to my other style of work, re-joining the Potemkin University “family,” has thus been hard. I am repelled by the shape our practices would make me take. 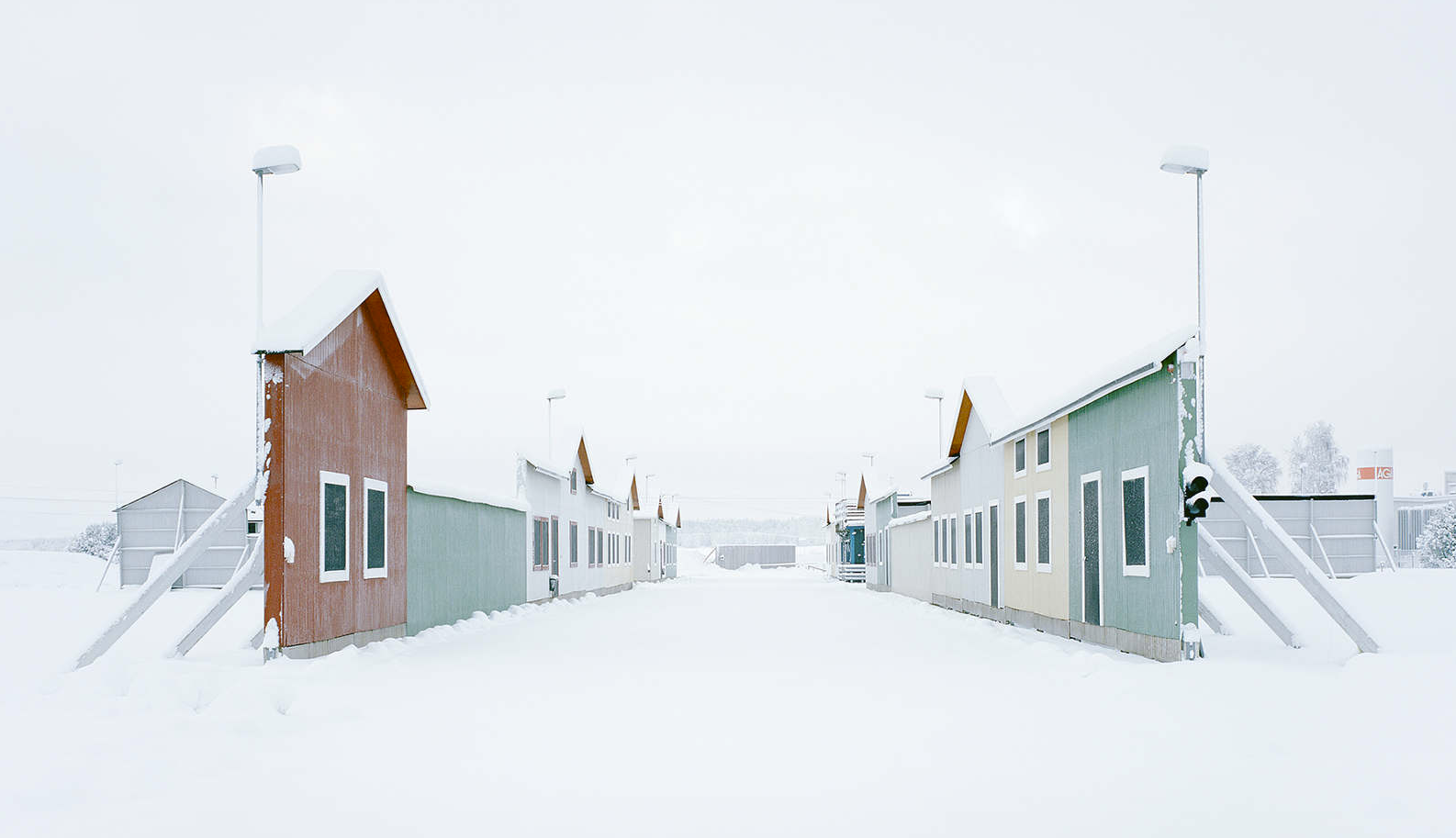 My husband’s committee was interested in advocating for parental leave (faculty really have none to speak of) and salary equity (likewise, not much in evidence where we work). These were exactly the issues my own committee had taken on a decade or so ago. This duplication and repetition are the way of things. So many university committees reduce to setting earnest, interested people to work on purportedly improving recommendations, the recommendations are then summarily ignored, and then a fresh supply of people are put to work on doing it all over again. So long as the populations of the committees keep turning over, one can have all manner of salutary-seeming efforts underway and ensure that they never go anywhere at all.

Potemkin U.
by Amy Olberding

The practices of Potemkin U. have long been at some odds with what academics are specially charged to do. We can argue, likely endlessly, about what education and universities are for, but I dare to venture that no academics see our charge as the repetitive production of dull and witless fictions or endless restatements of the obvious. Yet this is what our jobs require. We are mired in inevitably betraying and ignoble practices, obliged to pay mindless obeisance to useless cant or to perform pantomimes of actually important values made ridiculous through endless, unanswered repetition. Much of “faculty governance” has been reduced to only this. It is hard not to feel corrupted by this form of practice, most especially now, in a time that stretches on and ever onward in a pressing raw immediacy. At the very least, the waste of mortal hours it represents should appall.
My lament may be unique in some of its details but has of course been widely noticed and even satirized by many—sufficiently so that I even worry as a I write this that I become a familiar type. I could be the bitter harridan, protesting rosy-seeming “efforts” I have largely found to conceal systems patently unfair; I could be the aging, jaded burnout skewering the vanities by which we must earn our bread; I could be the naïve idealist who stubbornly refuses to understand “how things work.” I could, in short, be one or many caricatures that regularly feature in writing about academia and we who populate it. Perhaps some combination of all of these is what I am. To this, I can only say, whatever. I am also and in some now less defined fashion, still a philosopher.

“We are mired in inevitably betraying and ignoble practices, obliged to pay mindless obeisance to useless cant or to perform pantomimes of actually important values made ridiculous through endless, unanswered repetition…”
The waste of it has lately come to strike me harder than it once did. This owes in part to the pandemic and a sense of national decay, wider sorrows that make consigning human effort to façade-production a special sort of noxious.
We are, in short, awash in Potemkin Village projects, ever busy erecting cozy facades as fronts for a total poverty of meaningful action. We paint and repaint the university’s false fronts, slathering on whatever tint is currently fashionable among the managerial types—“aligning” our departments with “strategic priorities” or “verticals” or “pillars.” We are conscripted into playing industrious villagers, assisting in the simulations. We may not have research “excellence” or gender “equity,” but we do look busy with it.
Other sorts of efforts enjoy, however briefly, more administrative interest and momentum. Sometime round 2014, the faculty were set to work developing ambitious plans to cultivate improved research, a five-year initiative called “Aspire 2020.” All sorts of faculty hours and efforts were consumed in devising not research, but plans for how research could happen. Meetings large and small were held, groups and subgroups were formed, task forces too. But by 2016 or 2017, the thing entire just drifted off into the ether, never to be heard from or about again. It would soon be replaced by some newer initiative purportedly devoted to the same (but differently branded) style of “improvement” until such time as that would also drift and some alternative arise. This too is the way of things.
[Gregory Sailer, “Carson City / Vårgårda”]
My husband is an academic, a sinologist in our History Department. Last year, he was appointed to one of our university’s administrative advisory committees for “women’s issues.” It hardly matters which since they all seem to work the same. He had volunteered to serve anywhere that help was needed and they put him on the committee—heretofore populated by all and only women—without apparently notifying or consulting the committee itself. So there he sat on Zoom, uneasy that he had been foisted on colleagues who might well not want him there. He volunteered to help in whatever ways appeared, but also tried to fade into the background, feeling that to do or say too much was not his place. He did talk to me about the work, work with which I was well familiar, having myself served and even chaired one such committee years ago.
The following is a guest post by Amy Olberding, Presidential Professor of Philosophy at the University of Oklahoma. It is part of the series of weekly guest posts by different authors at Daily Nous this summer.
Blog posts are supposed to raise some issue for discussion and mine so far has not. So here it is, a query for those of you who work in places like the one that I describe: How can the tension be managed—the tension between the meaningful work of study and the cynically meaningless efforts that everywhere fill the workplace of the university? How might we reconcile the forced and vacuous practices of contemporary university culture against all the valuable stuff that drew us to academia in the first place? How can one break this unhelpful and corrosive, useless tension—the contact with reality we presumably all should want and the forced exile from it that so much institutional culture requires?