Inspired by the landmark locus of courage and resistance at Standing Rock — the 2016 movement that magnetized people from more than five hundred indigenous nations and thousands of allies to take a stance against the Dakota Access Pipeline, against its concrete assault on a particular piece of land and against its general symbolism as ominous emblem of extractionism — the book invites young people to cast themselves as agents of change and stewards of the natural world.
In the author’s afterword, Lindstrom explains that in Ojibwe culture, women are considered the protectors of the water and men of the fire. In her tradition, there is a prophecy that paints two possible roads from the present to the future: One is the natural path, embracing the sacred relationship between human beings and the rest of the natural world long before biologists and ecologists discovered that “we are human only in contact, and conviviality, with what is not human”; the other is a path of unnatural acceleration, propelled by greed and mindless technological frenzy.
Radiating from the spirit of the story is a reflection of the touching message to the next generations, with which Rachel Carson said her farewell to life after awakening the ecological conscience of the American mainstream: 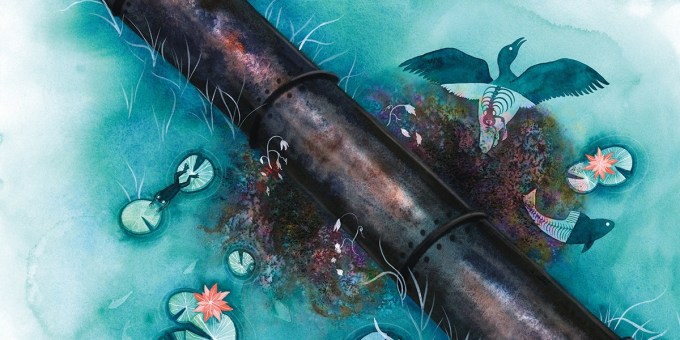 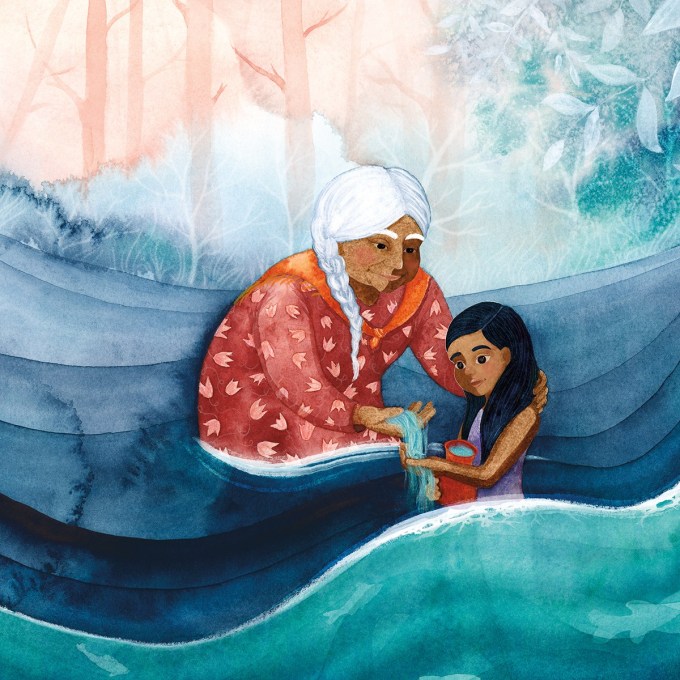 Illustrations courtesy of Roaring Brook Press; photographs by Maria Popova
“Every story is a story of water,” Native American poet Natalie Diaz wrote in her stunning ode to her heritage, the language of the Earth, and the erasures of history.
In the prophecy, this second path is strewn with black snakes — a symbolic image ominously reflected in the actuality of the oil pipelines that cross-hatch Native lands with their grim message of turning nature from a source of life-wide vitality and reverence to a resource for human need and greed. 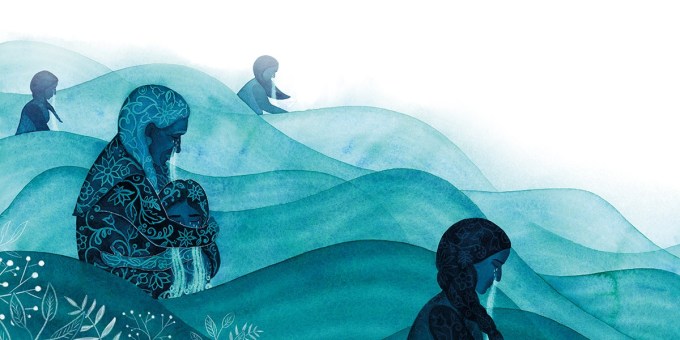 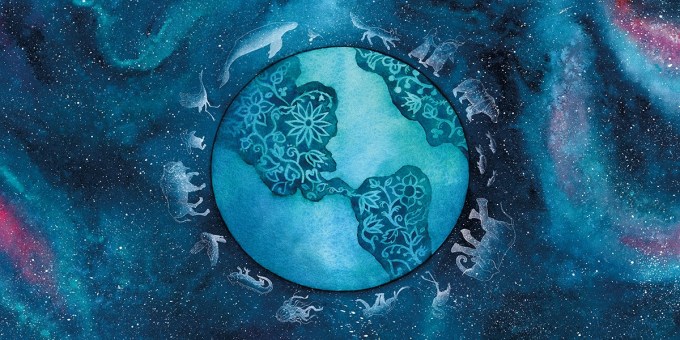 From author Carole Lindstrom, member of the Turtle Mountain Band of Ojibwe, and artist Michaela Goade, member of the Central Council of the Tlingit a Haida Indian Tribes of Alaska, comes We Are Water Protectors (public library) — a lyrical illustrated celebration of cultural heritage and the courage to stand up for nature.
Yours is a grave and sobering responsibility, but it is also a shining opportunity. You go out into a world where mankind is challenged, as it has never been challenged before, to prove its maturity and its mastery — not of nature, but of itself. 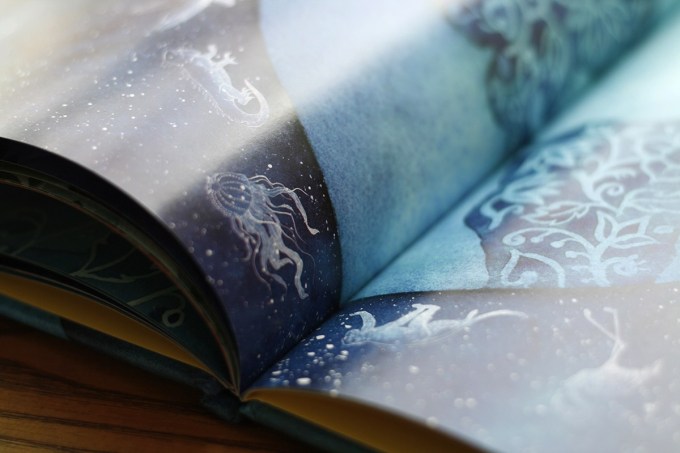 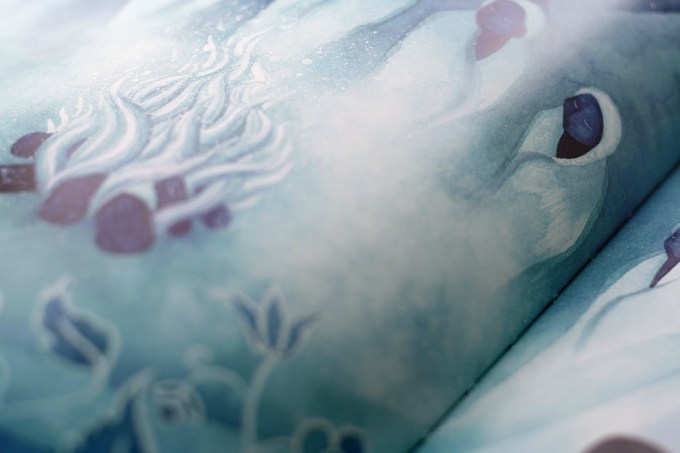 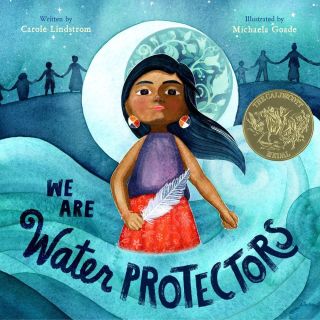 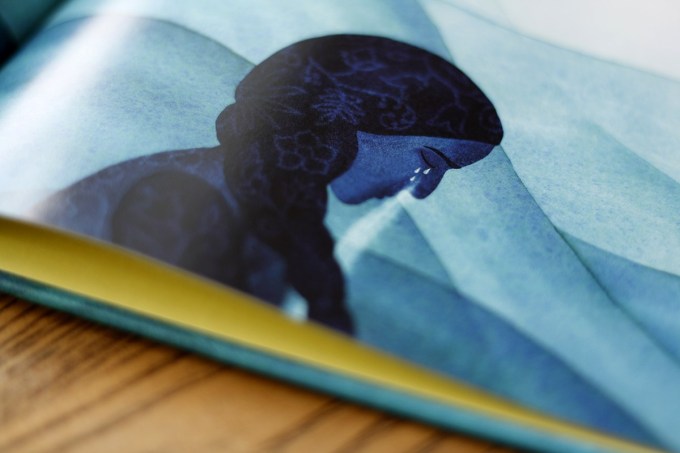 Complement We Are Water Protectors with the great Scottish mountaineer and poet Nan Shepherd on the might and mystery of water and a stunning animated poem about our connection to Earth and to each other, then revisit another soulful illustrated celebration of nature in The Blue Hour.
We ourselves are a story of water — biologically and culturally, in our most elemental materiality and our mightiest metaphors. 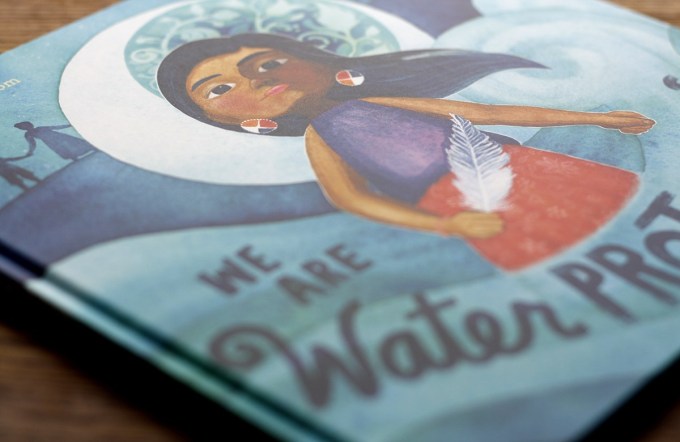 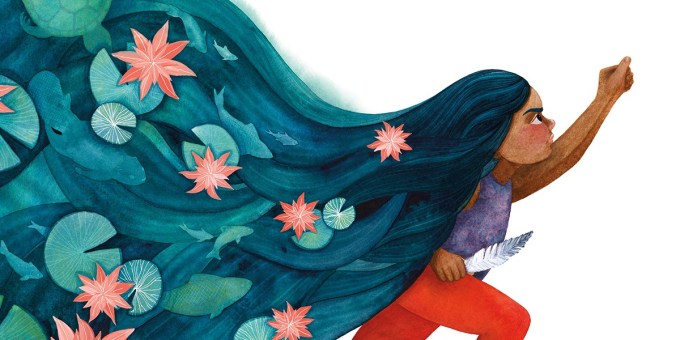 Goade — who grew up in the coastal rainforests of Alaska, with an embodied awareness of the intricate relationship between water and life, and is the first Native artist to earn the Caldecott Medal, the Nobel Prize of children’s book illustration — amplifies the story’s message with her vibrant artwork drawing on motifs from Native folklore and mythology. 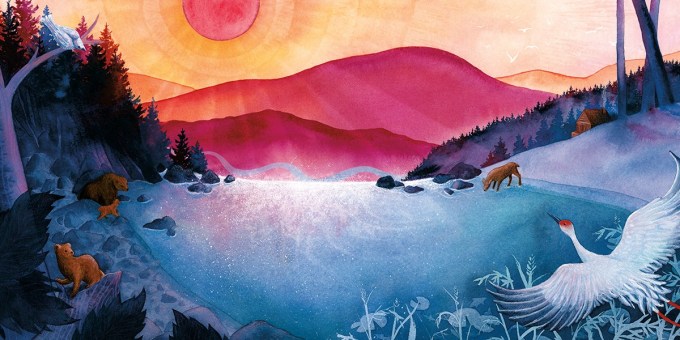