Hackers took over more 130 accounts including those of Joe Biden, Elon Musk, Bill Gates, Kanye West, Barack Obama and other notable figures in July 2020 and duped people into sending more than 0,000 of bitcoin to addresses cited in the tweets. The massive hack raised concerns if Twitter was doing enough to protect the security of its users ahead of the US presidential election. Twitter said the hack was the result of a “coordinated social engineering attack” on its employees.
O’Connor isn’t the only person who has been arrested in connection to the hack. Last year, the DOJ filed 30 felony charges against Florida teenager Graham Ivan Clark, who was 17 at the time. Clark, accused of being the “mastermind” behind the Twitter hack, then pleaded guilty in exchange for a three-year prison sentence. Two other people, UK resident Mason Sheppard and Florida resident Nima Fazeli were also arrested for their alleged role in the hack.

A UK man was arrested in Spain for his alleged role in a massive hack of high-profile Twitter accounts that targeted high-profile politicians and celebrities in 2020, the US Department of Justice said Wednesday. 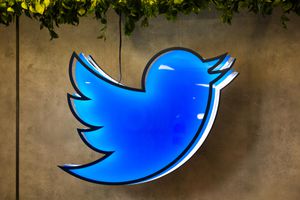