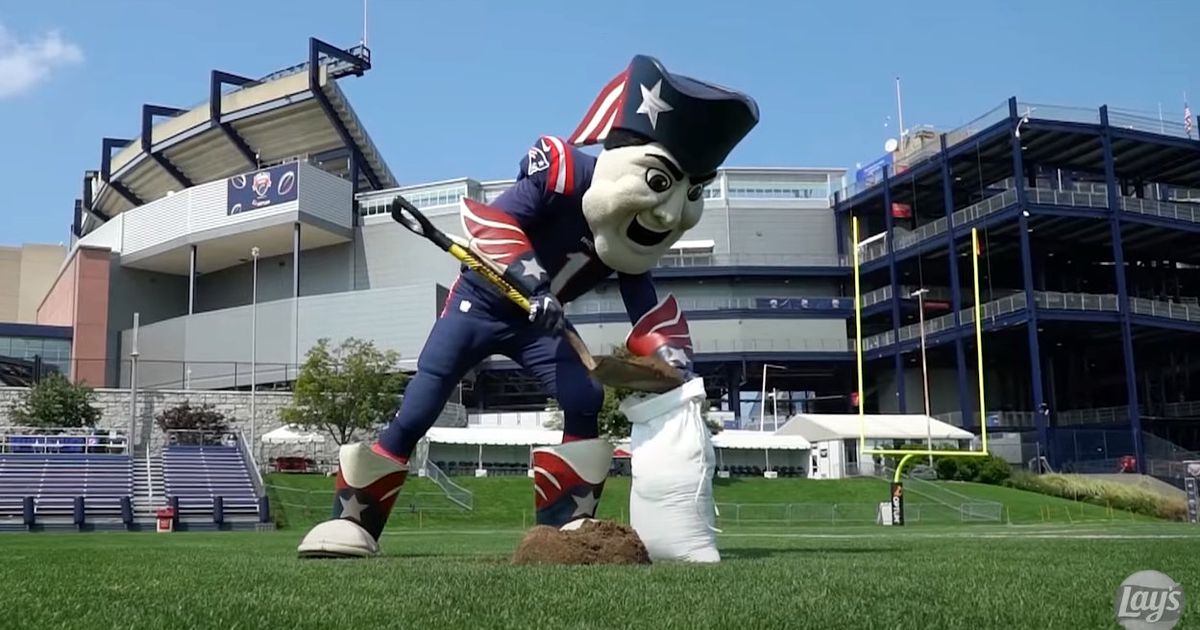 Looks like Frito-Lay pressed the Patriots’ mascot into service.
I would like to have been in the room when a marketing guru pitched the idea of digging up dirt from NFL stadiums, mixing it into fields in Texas, and growing potatoes to make limited-edition bags of team-specific Lay’s potato chips. Because it’s kinda brilliant.

I’m guessing the Chicago Bears chips would taste like the fading refrains of The Super Bowl Shuffle and the ghosts of Mike Ditka’s hot Polish sausages. Delicious.
Lay’s Golden Grounds chips go through a normal farming and chip-making process, with the added gimmick of knowing the potatoes in the bag touched soil that your favorite players probably ran across. Can you taste the cleats and sweat? Unlikely. These chips are more about mystique than the terroir of NFL stadiums.

Lay’s announced the chips earlier this week, saying limited-edition bags representing 29 teams will be available for fans through a Twitter sweepstakes. It requires fans to create tweets using a series of hashtags. Full rules are available on the Lay’s Golden Grounds web page.

Frito-Lay brought on football legend Jerry Rice as the spokesperson for the chips. He described the San Francisco 49ers snacks as tasting like “three Super Bowl wins, 22,895 yards, 1,549 receptions, 208 touchdowns and 13 Pro Bowls.”
CNET Culture Entertain your brain with the coolest news from streaming to superheroes, memes to video games.
But wait, you say, there are 32 teams in the NFL, so why only 29 different chips? Sorry, Browns, Bengals and Broncos fans: no dirt-chips for you. I don’t know why, but I’ve reached out to Frito-Lay to ask. 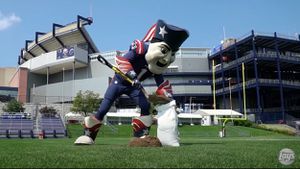