How we went from quanta packages to the laughter of children on a summer afternoon.

Consider a world without consciousness. The darkness is a bubbling cauldron of energy and vibrating matter, locked in the dance of thermal agitation. Through shared electrons, or the strange attraction of unlike charges, quivering molecules, not free to roam, absorb and emit their characteristic quanta packages of energy with the surrounding fog. Free gas molecules, almost oblivious to gravity but buffeted in all directions by their neighbors, form swirling turbulent flows or march in zones of compression and expansion, according to the dictates of oscillating substrates. A massive solar flux and cosmic radiation from events long past crisscross space with their radiant energy and silently mix with the thermal glow of living creatures, whose hungry metabolic systems pour their infrared waste into the chaotic milieu. But within the warmth of their sticky protein bodies, the dim glow of consciousness is emerging to impose its own brand of organization on this turbulent mix of energy/matter. The active filter of consciousness illuminates the darkness, discards all irrelevant radiation, and in a grand transmutation converts and amplifies the relevant. Dead molecules erupt into flavors of bitterness or sweetness, electromagnetic frequencies burst with color, hapless air pressure waves become the laughter of children, and the impact of a passing molecule fills a conscious mind with the aroma of roses on a warm summer afternoon.
Complement with the fascinating entwined history of light and consciousness, then revisit quantum pioneer Erwin Schrödinger on the ongoing mystery of consciousness. 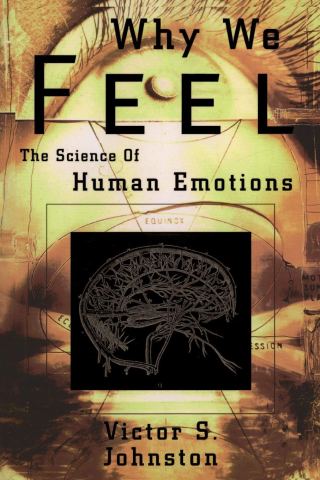 With an eye to how our feelings, our thoughts, our sensations, our entire conscious experience and all the properties of our minds “are firmly tied to the physical structure and chemistry of our brain,” in turn inseparable from the physical reality of the universe, Johnson composes a splendid homily on this everlasting astonishment:

In his poetic ode to the wonder of life, the physicist Richard Feynman gasped at our improbable inheritance as “atoms with consciousness” — a lovely phrase that in so few words intimates the immense superstructure of matter and meaning, the way in which the austere realities of the physical universe undergird the warm loveliness of all that makes us human: love, art, wonder, beauty, Bach. There can be no genuine appreciation of consciousness — the mystery of it, the intimate fact of it — without a passionate appreciation of the abstract, remote realities of cosmic forces and subatomic particles.

That is what the Irish evolutionary psychologist Victor S. Johnston explores in a passage from his altogether revelatory book Why We Feel: The Science of Human Emotions (public library).