[…]
Sylvia Plath (October 27, 1932–February 11, 1963) was still a teenager when she began facing the deepest existential questions, untangling them with uncommon lucidity on the pages of her diary, which now survive as The Unabridged Journals of Sylvia Plath (public library) — the dazzling and at times discomposing posthumous echo of personhood that gave us the young Plath on finding nonreligious divinity in nature, the ecsatsy of curiosity, and her thoughts on life, death, hope and happiness.

In an entry from the winter of her freshman year at Smith College, upon returning to her dorm room after a four-day blur with her family for Thanksgiving, she writes:
God, but life is loneliness, despite all the opiates, despite the shrill tinsel gaiety of “parties” with no purpose, despite the false grinning faces we all wear. And when at last you find someone to whom you feel you can pour out your soul, you stop in shock at the words you utter — they are so rusty, so ugly, so meaningless and feeble from being kept in the small cramped dark inside you so long. Yes, there is joy, fulfillment and companionship — but the loneliness of the soul in it’s appalling self-consciousness, is horrible and overpowering. 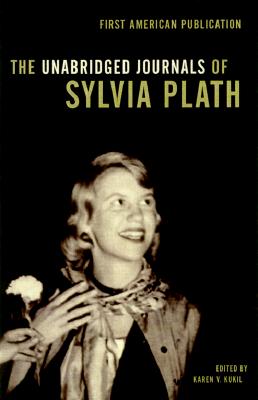 Western psychologists have rightly observed that “who we are and who we become depends, in part, on whom we love.” Zen Buddhists have rightly observed that “to love without knowing how to love wounds the person we love.” That lacuna between whom and how, between the objects of our love and its observance, is powerful space for transformation. For those of us who have not come into the world under the most optimal of circumstances and have not been formed by the most nurturing of forces, relationships are especially fertile ground for growing the twin roots of the stable soul: love and trust.
Yet always, always, there is an undertone of loneliness in even the most symphonic love — not the gladsome “neighboring solitudes” Rilke placed at the center of healthy companionship, but the hollowing loneliness of unbelonging, of never feeling fully and completely seen, which another great poet placed at the center of her poetry and her private anguish before she perished by that loneliness.
Peering beyond the immediate situation, beyond this particular moment in life, she casts a darkly prognostic eye toward the rosary of moments stringing her uncertain future — a future that would soon include a passionate but damaging love, a future cut short by her lonely pain — and adds:

This loneliness will blur and diminish, no doubt, when tomorrow I plunge again into classes, into the necessity of studying for exams. But now, that false purpose is lifted and I am spinning in a temporary vacuum… The routine is momentarily suspended and I am lost. There is no living being on earth at this moment except myself. I could walk down the halls, and empty rooms would yawn mockingly at me from every side.

Now I know what loneliness is, I think. Momentary loneliness, anyway. It comes from a vague core of the self — like a disease of the blood, dispersed throughout the body so that one cannot locate the matrix, the spot of contagion.

It was Plath’s tragedy that after chance had dealt her neurochemistry and nurture far from optimal, and that the delicious illusion of choice had led her to a complicated love that deepened her art and deepened the pain from which it sprang. But her concrete tragedy — which is a common tragedy: so often our unhealed wounds lead us to people whose claws fit those wounds and deepen them — is contoured by the luminous negative space of the opposite possibility: Some loves can unseal, irradiate, and heal those small dark old places in us where joy has been compacted into a hard dense loneliness. This possibility is folded into a glorious, maddening Möbius strip of trust: The very relationships in which we can begin to grow those twin roots of the soul require a level of trust to begin the terrifying process of being known — a process Adrienne Rich placed at the heart of every relationship in which two people have together earned the right to use the word “love,” a truly honorable relationship shaped by “a process, delicate, violent, often terrifying to both persons involved, a process of refining the truths they can tell each other.”