Rescher Prize recipients are selected by a panel composed of University of Pittsburgh Philosophy faculty, History and Philosophy of Science faculty, the director of the university’s Center for Philosophy of Science, and a past winner of the award.
Professor Nagel’s writings span numerous subfields in the discipline, including moral and political philosophy, metaphysics, epistemology, and the philosophy of mind.  This wide range of work is unified not only by Professor Nagel’s distinctive temperament—marked by an antipathy to facile relativism and to shallowness in all of its guises—and by his problem-centered approach to philosophy—one that avoids viewing the traditional problems of philosophy as either resolvable by an appropriate extension of the sciences or dissolvable by a clarification of ordinary language—but also by a sustained, far-reaching exploration of a central tension concerning the human situation.  This central tension is the product of a conception of human beings as at once occupants of particular points of view on the world—subjective perspectives informed not only by the immediate deliverances of our senses, but by the particular attachments and affiliations that orient us practically and give meaning to our lives—and also as beings fitted with the capacity to abstract from that point of view to achieve an objective understanding of the same world, the person and their subjective viewpoint included. Tensions between the objective and subjective points of view are, in Professor Nagel’s telling, the source of many of philosophy’s perennial problems, and reconciling these points of view, where possible, is among philosophy’s chief tasks.
(via Thomas Berry)
The Rescher Prize “is intended to counter present-day tendencies to narrow specialization by rewarding and showcasing the work of philosophers who have addressed the historical ‘big questions’ of the field in ways that nevertheless command the respect of specialists.” The prize is named for philosopher Nicholas Rescher “in acknowledgement of his extensive gifting” to his home institution, the University of Pittsburgh. 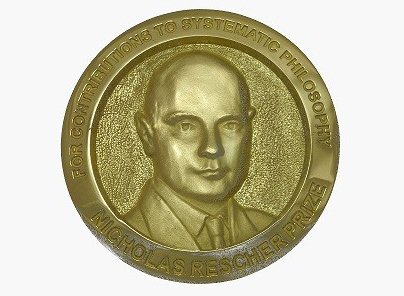 The prize includes a gold medal and ,000. The winner delivers a prize lecture, as well, which Professor Nagel did earlier this month (a video of the lecture is not publicly available).
Of Professor Nagel, the prize committee writes:
The 2021 Nicholas Rescher Prize for Systematic Philosophy has been awarded to Thomas Nagel, emeritus professor of philosophy and law at New York University. 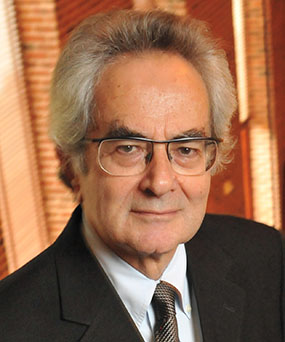