First, we suggest that more scientific effort be devoted to studying socio-climate feedback and exogenous shock vulnerability climate collapse mechanisms. Among other things, this involves greater attention to pathways whereby direct climate impacts might interact with social, economic, and political factors to threaten societal collapse. Second, collapse mechanisms should be systematically examined in tandem with causal processes involved in successful adaptation to environmental challenges as well as economic forces and policies that could drive a green transition. Consideration of the complex interplay of social, environmental, and other factors as well as the active role of societal resilience is already well established in historical and archeological research on collapse. The challenge is to bring the study of mechanisms that might cause the collapse of current civilization up to that standard of scientific rigor.
The authors note that “discussions of mechanisms whereby climate change might cause the collapse of current civilizations has mostly been the province of journalists, philosophers, novelists, and filmmakers,” and call for scientists to get more involved. Specifically: 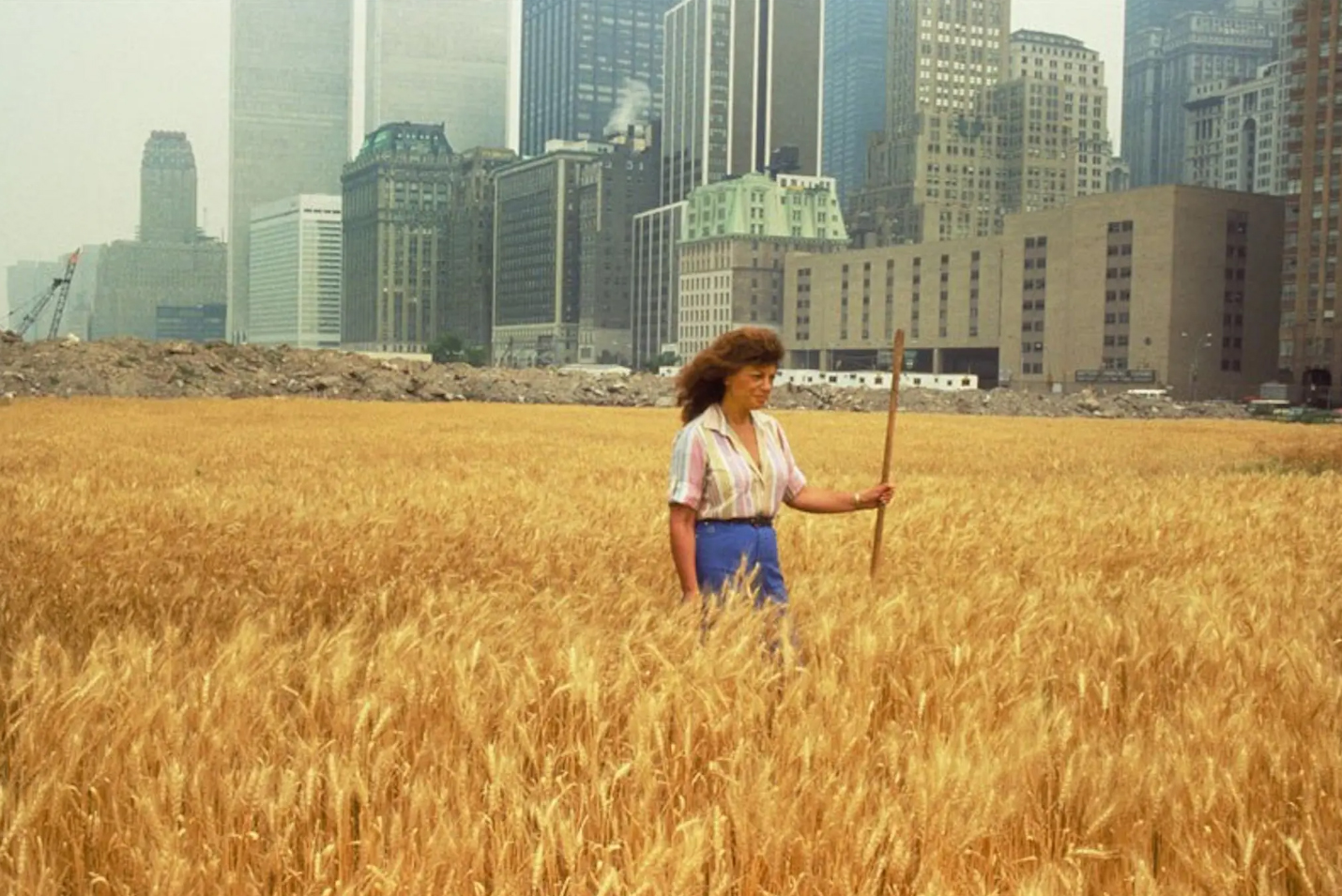 [Photograph of Agnes Denes, standing in her “Wheatfield–A Confrontation” (1982)]

The scenarious range from “local collapse” in which “climate change causes collapse in specific, vulnerable locations while civilization elsewhere is largely able to adapt to climate impacts’ (though “local collapses can contribute to political instability in non-collapsed places”) to “global collapse” in which “all large urban areas across the globe are virtually abandoned, functioning nation states no longer exist, and the world’s population undergoes a significant decline.”

“Civilization collapse [is] the loss of societal capacity to maintain essential governance functions, especially maintaining security, the rule of law, and the provision of basic necessities such as food and water. Civilization collapses in this sense could be associated with civil strife, violence, and widespread scarcity, and thus have extremely adverse effects on human welfare.”
That’s Daniel Steel (UBC), C. Tyler DesRoches (Arizona State), and Kian Mintz-Woo (Cork), writing in the Proceedings of the National Academy of Sciences (PNAS), a prestigious science journal. In their “Climate Change and the Threat to Civilization,” they describe different civilization collapse scenarios resulting from global warming and call for more scientific research about them.
You can read the whole article here.
Their hope is that “careful scientific study of climate collapse might act as a counterweight to discussions of climate collapse that are sensationalistic or biased towards portending doom. And, depending on the results of the research, it might serve as a rebuttal to skeptics who refuse to take the possibility of climate collapse seriously at all.”