As long as there’s neither hide nor hair
Of other grasses graced by other winds
Or other treetops bearing other crowns,
Other animals as well grounded as our own,
just this sleepy backwater
where even the stars have time to burn
while winking at us
as long our heads packed with illusions
still pass for the only heads so packed,

as long as the roofs of our mouths alone
still raise voices to high heavens —
THE BALL
by Wisława Szymborska
unintentionally.
as long as our kindness
is still incomparable,
peerless even in its imperfection,
let’s act like very special guests of honour
at the district fireman’s ball,
dance to the beat of the local oompah band,
and pretend that it’s the ball
to end all balls.
As long as there’s no word
Of better or worse mozarts,
platos, edisons out there,
For more lush lyrical interleavings of our hunger for elemental truth and our search for human meaning, delve into the Universe in Verse archive, spanning several years and dozens of diversely inspiring humans reading perspective-broadening poems, including astronomer Natalie Batalha reading and reflecting on Dylan Thomas’s cosmic serenade to trees and the wonder of being human, musician Meshell Ndegeocello performing Whitman’s ode to the entwined mutuality of life, physicist Brian Greene reading and reflecting on Rilke and the nature of time, U.S. Poet Laureate Tracy K. Smith reading her spare and poignant invocation of Einstein’s mother, astronaut Leland Melvin reading Pablo Neruda’s love letter to Earth’s forests, and Patti Smith reading Emily Dickinson’s poetic premonition of particle physics.
As long as nothing can be known for sure,
(no signals have been picked up yet),
I can’t speak for others —
for me this
misery and happiness enough: 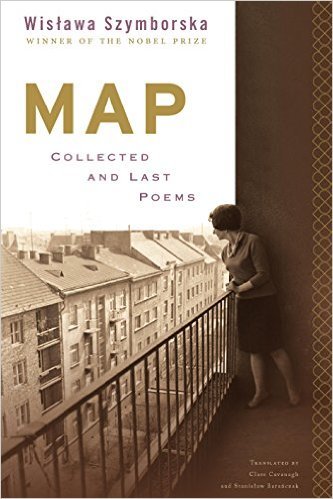 “They should have sent a poet,” gasps Jodie Foster’s character in the film based on Carl Sagan’s novel Contact as another galaxy emerges before her eyes outside the spaceship window, redeeming with the wonder of possibility her lifelong dream of finding intelligent life beyond our solar system.
As long as the local echo
Has been known to speak in syllables
For more about Dr. Tarter, her inspiring story, and her poetic credo that “it takes a cosmos to make us human,” savor her On Being conversation with Krista Tippett. (Krista was also a part of The Universe in Verse in 2020 with a lovely reading of and reflection on Wendell Berry’s “The Peace of Wild Things,” and in 2019 with Howard Nemerov’s ode to the interconnectedness of the universe.)
as long as our inhuman crimes
are still committed only between humans,
“The Ball,” translated by Stanislaw Baranczak and Clare Cavanagh, appears in Szymborska’s indispensable Map: Collected and Last Poems (public library), which also gave us her ode to the number pi and her lovely “Possibilities.”

Sagan, who wrote the novel in 1985 and returned his stardust to the universe months before the film’s premiere in 1997, modeled Foster’s character — a scientist persisting in the search for extraterrestrial intelligence against the tidal force of resistance from the limited imagination of mainstream science — on the heroic longtime director of the SETI Institute: astronomer Jill Tarter.

In the spring of 2020, as our one and only world was celebrating the fiftieth anniversary of Earth Day while coming unworlded by a deadly pandemic, Dr. Tarter joined the human chorus serenading our cosmic belonging in The Universe in Verse — my annual charitable celebration of science and the natural world through poetry — to read a poem that could have been composed by her or for her or about her: “The Ball” by the Polish poet Wisława Szymborska (July 2, 1923–February 1, 2012), who received her Nobel Prize with a stunning reflection on how our certitudes keep us small and whose poignant lesser-known prose has explored the paradoxes and opportunities of our cosmic solitude.
As long as earth is still unlike
The nearer and more distant planets,