“The era of self-regulation for big tech has come to an end,” said Collins. “The companies are clearly responsible for services they have designed and profit from, and need to be held to account for the decisions they make.”

Other recommendations include Ofcom drawing up codes of practice on topics including child exploitation and terrorism with which tech platforms must comply, as well as adding new codes when new problems arise so that the legislation remains relevant as tech changes.
“The Committee has set out recommendations to bring more offences clearly within the scope of the Online Safety Bill, give Ofcom the power in law to set minimum safety standards for the services they will regulate, and to take enforcement action against companies if they don’t comply,” said Committee Chair Damian Collins in a statement.
For the past few months, lawmakers have been studying the bill and taking evidence from a number of stakeholders, ranging from victims of online hate to Facebook whistleblowers Frances Haugen and Sophie Zhang to executives from major tech companies. At the conclusion of their investigation, they have published a report advising that the new law should apply more widely than currently stated in the draft bill.
The UK is getting ready to vote on regulating Big Tech.
UK lawmakers want to further tighten new rules governing Big Tech ahead of a parliamentary vote. A joint committee of members of Parliament from the House of Commons and peers from the House of Lords published recommendations on Tuesday to tighten the draft Online Safety Bill before Parliament votes on the legislation next year. 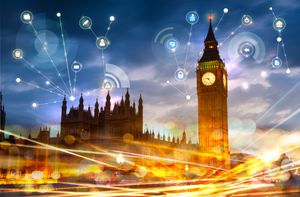