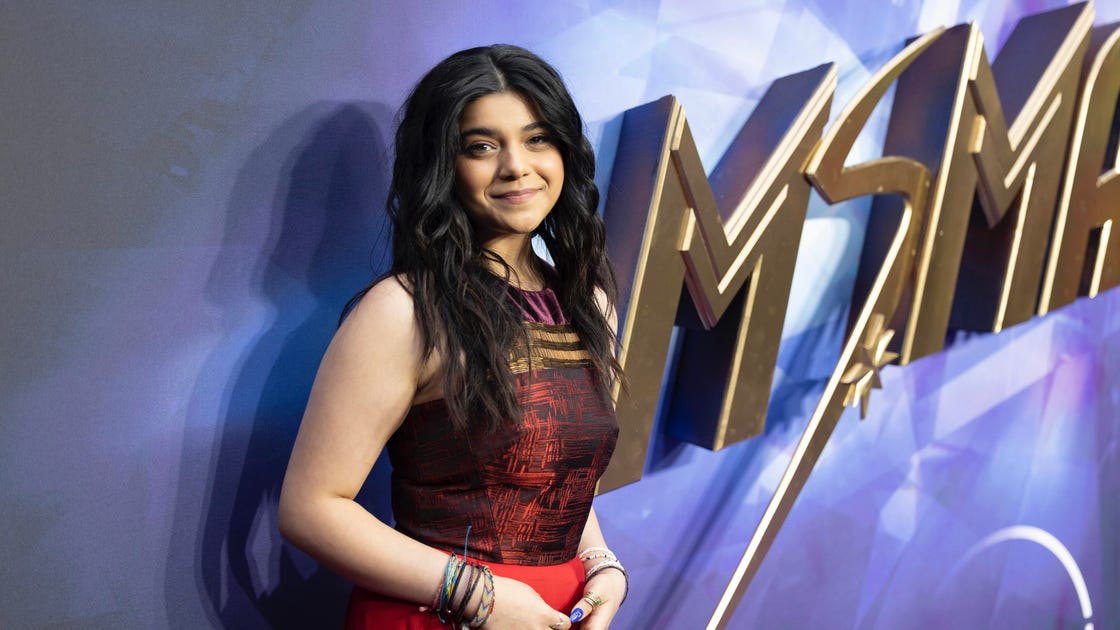 The Disney Plus series Ms. Marvel premiered on June 8, introducing us to Khan, played by TV newcomer Iman Vellani. Khan is a Captain Marvel mega-fan who eventually gains superpowers of her own. As of this writing, Ms. Marvel sits at a score of 78 on CNET sister site Metacritic.
Khan will also appear alongside Carol Danvers (Brie Larson) in the upcoming MCU film The Marvels, which is scheduled to arrive on July 28, 2023.
CNET reviewer Richard Trenholm writes that the series feels like a fresh origin story. “Muslim American superhero Ms. Marvel brings a pop of vibrant teen energy to a fresh and zippy new Disney Plus series perfect for Marvel nerds and new viewers alike.” CNET video producer Abrar Al-Heeti says the show is the representation she’s waited a long time for. “It feels like a celebration of what’s possible when you get talented Muslim writers, actors and creators to build something true, authentic and enjoyable,” Al-Heeti writes.

According to Marvel, Kamala Khan is a 16-year-old Pakistani American who “feels invisible both at home and at school,” until she gains some impressive powers. She’s also described as an “aspiring artist, an avid gamer and a voracious fan-fiction scribe.”

Khan first appeared in Marvel comics in 2013. It looks like her powers in the Disney Plus show will differ from the comics.

What is Ms. Marvel about?

Life is shaping up to get “cosmic” for Kamala Khan, a Muslim American high school student from Jersey City.
Here’s when you can view all six episodes of Ms. Marvel (based on previous releases on Disney Plus).
The show’s executive producers include Kevin Feige, Louis D’Esposito, Victoria Alonso and Bisha K. Ali, a British-Pakistani comedian who’s also the series’ head writer. Adil El Arbi and Bilall Fallah (Bad Boys for Life), along with Meera Menon and Sharmeen Obaid-Chinoy are directing the episodes.
Kamala Khan navigates high school crushes and her newfound abilities in this fun trailer.