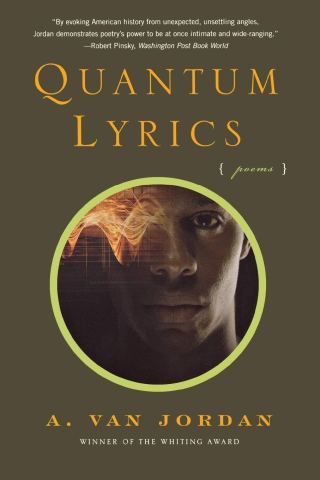 You cannot solve for the use of one side of the body over the other, so there is no single voice that emits from it. You cannot solve for the harmonics of a dual body, facing each other, both inquisitive. You cannot solve for the marriage of opposites, their fit, their match, their endlessness. You cannot solve for the morning stretch that calls to both sides, first this one, then that one, aligning the day. You cannot solve for the bass of one hand and the treble of the other, both keeping rhythm hostage under the skin of the bongo. You cannot solve for the balance of a locked door and a safe cracker’s ear against it and the move X number of clicks to the left and Y number of clicks back to the right and back past and back past till the latch clicks open in your mind.
We try, of course, because curiosity is the true triumph of consciousness; because what Einstein called “the passion for comprehension” is the hallmark of our species. We comprehend by parsing the world into categories and classes, constantly computing the distances and differences between them. This, it bears repeating, is a beautiful impulse — to contain the infinite in the finite, to wrest order from the chaos, to construct a foothold so we may climb toward higher truth — but it is also a limiting one, a dangerous one, nowhere more so than in the artificial binaries we create in trying to orient ourselves by differentiation.

Now consider living with the knowledge that all of it is not only the change log of the past, but also the pre-composed code of the future.
In detailing the physics behind this model, Stephon skips no beat honoring one of his great heroes, on whose shoulders this theory stands: Richard Feynman (May 11, 1918–February 15, 1988), whose Nobel-winning work on quantum electrodynamics laid the foundation of quantum computing and its promise of enlisting phenomena like entanglement and superposition in computing the previously incomputable. 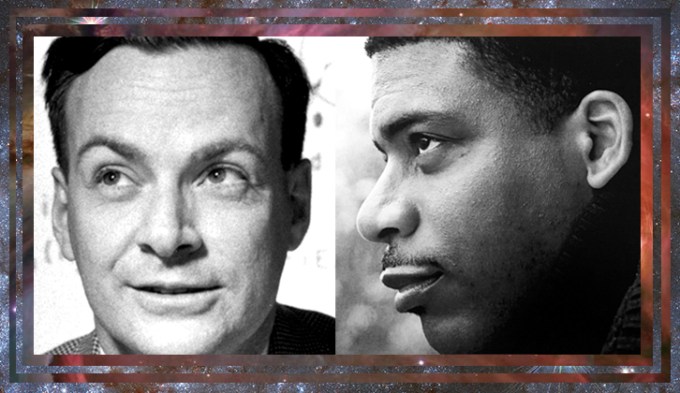 Feynman — physicist, philosopher, painter, bongo-drummer and safe-cracker — belonged to that rare species of scientist who reverenced the elemental poetics of reality in lyrical prose, who composed what may be the world’s most poetic footnote and loved as deeply as he thought and saw the poetic I of his human self as “a universe of atoms… an atom in the universe.” His science and his spirit come alive afresh in a stunning prose poem titled “Richard P. Feynman Lecture: Intro to Symmetry” from the slender and splendid Quantum Lyrics (public library) by A. Van Jordan — a rare poet who reverences the elemental science of reality.

Love begins in the streets with vibration and ends behind closed doors in jealousy. Creation and destruction. What do we pray for but the equation that helps us make sense of what happens in our daily lives? What do we believe in if not that which tells us we’re alive? Sex, laughter, sweat, and equations elegant enough to figure on our fingers. Math is spirit and spirit is faith in numbers; both take us to the edge but no further than we can imagine. You don’t believe in math? Try to figure the velocity of Earth’s orbit around the Sun to land a man on the Moon without it. You don’t believe in God? Try to use math to calculate what the eye does every second of any given moment. If Big Blue tried to work that differential equation in our lifetime, it couldn’t. Mysteries inside mysteries in our own bodies of which we can’t make sense, another world waiting for a religion or calculus to explain. Look into any mirror; it’s like sitting in a theater watching a silent movie, but you’re the one pantomiming your story. You think you have this world figured out, but you can’t tell which hand you’re using and using and using. And why do we try?

Complement this fragment of Jordan’s thoroughly wonderful Quantum Lyrics — which imagines the inner lives and animating forces of Einstein, Schrödinger, and other titanic scientific minds who have revolutionized our understanding of external reality — with Feynman on why uncertainty is essential for morality and his touching effort to reconcile what he knows about science with what he knows of love after the death of his young wife, then revisit Ursula K. Le Guin on the complementarity of poetry and science.
I consider this one April afternoon, sitting in a Brooklyn garden just coming alive with bud and bee, as I listen to a physicist-saxophonist friend electric with enthusiasm about his research exploring the radical mathematical implication that the universe might be autodidactic — that the fundamental forces, rather than abiding by the static and predictable laws we have so far discerned, might be the evolving self-perpetuating algorithms of the ultimate learning machine, algorithms that began as simple principles and went on to continually revise and elaborate on themselves, not unlike biological evolution is continually revising and elaborating on life. The fundamental poem, composing itself.

With an eye to the limiting binaries of our Cartesian inheritance, and perhaps with an eye to his own experience of love — which every artist cannot but factor into their cosmogony — Jordan writes:

It is dazzling enough to live with the knowledge that everything around us — the fiery cardinal that evolved from the T-rex, the blooming daffodil that traded its sallow brown-green for blazing yellow to attract the primordial pollinators, the human eye millennia in the lensing, the eye that now beholds these wonders and inhales them into a consciousness endowed with the triumphal capacity for being wonder-smitten — is a living record of manifest possibility 13.8 billion years in the making.