[…]
In my ignorance I am sure that I am eternally I. This conviction is rooted in emotionally charged memory. Only when, in the words of St. John of the Cross, the memory has been emptied, can I escape from the sense of my watertight separateness and so prepare myself for the understanding, moment by moment, of reality on all its levels. But the memory cannot be emptied by an act of will, or by systematic discipline or by concentration — even by concentration on the idea of emptiness. It can be emptied only by total awareness. Thus, if I am aware of my distractions — which are mostly emotionally charged memories or fantasies based upon such memories — the mental whirligig will automatically come to a stop and the memory will be emptied, at least for a moment or two. Again, if I become totally aware of my envy, my resentment, my uncharitableness, these feelings will be replaced, during the time of my awareness, by a more realistic reaction to the events taking place around me. My awareness, of course, must be uncontaminated by approval or condemnation. Value judgments are conditioned, verbalized reactions to primary reactions. Total awareness is a primary, choiceless, impartial response to the present situation as a whole.

In a sentiment the great Zen Buddhist teacher Thich Nhat Hanh would come to echo half a century later in his life-broadening teaching that “understanding is love’s other name,” Huxley concludes:

In a sentiment the great Zen Buddhist teacher Thich Nhat Hanh would come to echo half a century later in his life-broadening teaching that “understanding is love’s other name,” Huxley concludes: 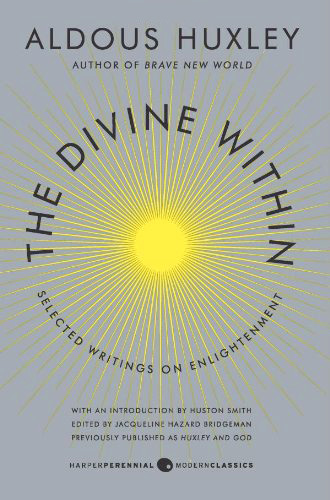 To understand anything — another person’s experience of reality, another fundamental law of physics — is to restructure our existing knowledge, shifting and broadening our prior frames of reference to accommodate a new awareness. And yet we have a habit of confusing our knowledge — which is always limited and incomplete: a model of the cathedral of reality, built from primary-colored blocks of fact — with the actuality of things; we have a habit of mistaking the model for the thing itself, mistaking our partial awareness for a totality of understanding. Thoreau recognized this when he contemplated our blinding preconceptions and lamented that “we hear and apprehend only what we already half know.”
And yet beyond the initial wave of panic lies a profound and fathomless sea of serenity — a buoyant peacefulness and gladsome accord with the universe, available upon surrender to this total awareness, upon the release of the narrative enterprise, the identity-intoxication, the conditioned reflex we call a self.
Generations after Thoreau and generations before neuroscience began illuminating the blind spots of consciousness, Aldous Huxley (July, 26 1894–November 22, 1963) explored this eternal confusion of concepts in “Knowledge and Understanding” — one of the twenty-six uncommonly insightful essays collected in The Divine Within: Selected Writings on Enlightenment (public library).

Knowledge is acquired when we succeed in fitting a new experience into the system of concepts based upon our old experiences. Understanding comes when we liberate ourselves from the old and so make possible a direct, unmediated contact with the new, the mystery, moment by moment, of our existence.

Understanding is not inherited, nor can it be laboriously acquired. It is something which, when circumstances are favorable, comes to us, so to say, of its own accord. All of us are knowers, all the time; it is only occasionally and in spite of ourselves that we understand the mystery of given reality.

Complement this fragment of Huxley’s wholly illuminating and illuminated The Divine Within — which also gave us his meditation on mind-body integration and how to get out of your own shadow — with his contemporary Erich Fromm on the six steps to unselfish understanding and the pioneering nineteenth-century psychiatrist Maurice Bucke, whose work greatly influenced Huxley, on the six steps to cosmic consciousness, then dive into what modern neuroscience is revealing about the central mystery of consciousness.