Those interested in applying to take over PEA Soup can find instructions on how to do so here.
Earlier this year, the blog set up a partnership with Princeton’s University Center for Human Values to host the site.
The blog was co-founded in 2004 by Dan Boisvert, Josh Glasgow, Douglas Portmore, and Dave Shoemaker.* Shoemaker and David Sobel have served as its co-editors for the past nine years. They write that they’re “ready to pass Soup on to the next philosophers who will take it to the next level… It is one of the oldest, well-known, and least hostile ethics blogs in philosophy. We seek people to take it over and realize its full potential.” 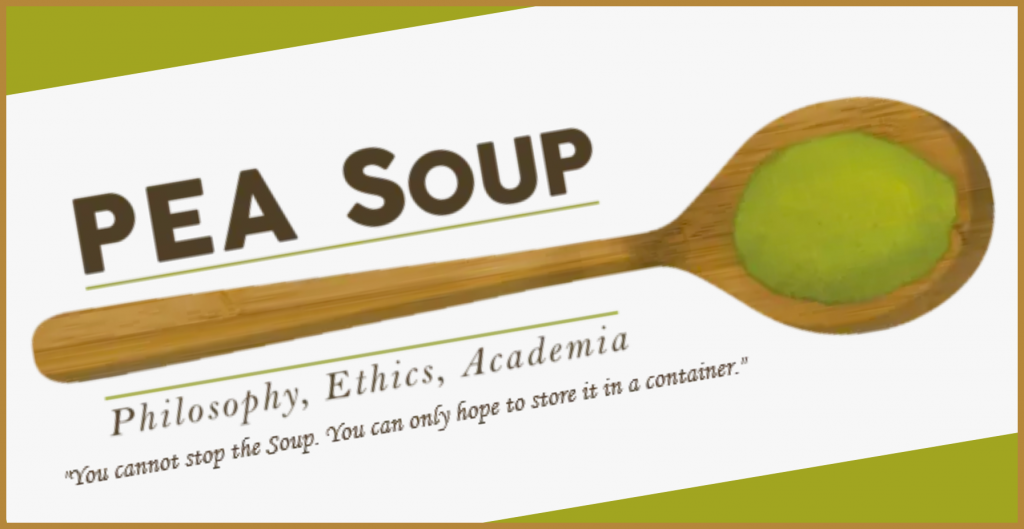 * This sentence originally misstated who founded PEA Soup. Thanks to Doug Portmore for the correction.
PEA Soup, a blog about “philosophy, ethics, and academia” that has been running for 17 years, is in need of new leadership.
Over the past several years, the blog has initiated partnerships with several philosophy journals for article discussion series, started book review discussion forums, begun a syllabus depository, in addition to running posts and conversations about assorted topics in ethics and related areas. It’s an excellent online space for moral philosophy.