It’s amusing, the opinion people have that non-resistance to evil by force or paying back good for evil are very good rules for individuals, but can’t be applied to the state. As though the state isn’t a combination of people, but something separate from people. Oxygen has such and such properties. But they are only the properties of the atoms and molecules of oxygen. But oxygen in big compounds acquires quite different, opposite properties. This opinion alone that states have properties which are the opposite of human ones is the most obvious proof of the obsolete nature of the state as a form of government.
Complement with Hannah Arendt on our only effective antidote to evil, in society and in the self, and Bertrand Russell on how to heal an ailing and divided world, then revisit Tolstoy on kindness and the measure of love.
Violence no longer rests on the belief in its utility, but only on the fact of its having existed so long, and being organized by the ruling classes who profit by it, so that those who are under their authority cannot extricate themselves from it. The governments of our day — all of them, the most despotic and the liberal alike — have become… organizations of violence based on no principle but the grossest tyranny, and at the same time taking advantage of all the means invented by science for the peaceful collective social activity of free and equal men, used by them to enslave and oppress their fellows. 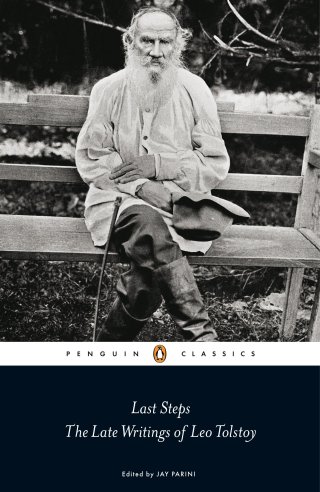 Leo Tolstoy (September 9, 1828–November 20, 1910) tussles with this paradox throughout Last Steps: The Late Writings of Leo Tolstoy (public library) — the collection of his final journals, which also gave us his reflections on science, spirituality, and our search for meaning.

Writing in the last days of the first year of the twentieth century, the elderly Tolstoy considers one of the chief hypocrisies of modern life:

The whole complexity of our urban life lies in the fact that people think up and accustom themselves to harmful requirements, and then use all their mental energies to satisfy them or reduce the harm caused by satisfying them… Before speaking about the goodness of satisfying one’s requirements, one ought to decide what requirements constitute goodness. That’s very important.

Seven years earlier, in reckoning with the fundaments of resistance to evil, Tolstoy had put it even more pointedly:

Much of this confusion stems from the sheer complexity of managing human beings at scale. Considering the obsolescence of the state as a form of government — an entity that concentrates and magnifies humanity’s most dangerous hypocrisies, making murder on a large scale, in the form of war, morally permissible even for good people who condemn it on the small scale — he writes:

“To be led by a coward is to be controlled by all that the coward fears,” Octavia Butler wrote in her searing admonition about choosing our leaders. “To be led by a fool is to be led by the opportunists who control the fool.” But in some deep animal sense, to be led at all is to risk handing one’s own moral conscience over to another. The paradox of our invasive species is that, because there are simply too many of us, it is our self-made fate to be governed — but we are yet to invent a form of government wholly free from evil.