A century before Eiseley and Feynman, Walt Whitman (May 31, 1819–March 26, 1892) became the poet laureate of this atomic miracle, reminding us again and again, across space and time, across confusion and erasure, that to cherish ourselves is to cherish the universe and to cherish the universe is to cherish ourselves.
Who includes diversity and is Nature,
Who is the amplitude of the earth, and the coarseness and sexuality of the earth, and the great charity of the earth and the equilibrium also,
Who has not look’d forth from the windows the eyes for nothing, or whose brain held audience with messengers for nothing,
Who contains believers and disbelievers, who is the most majestic lover,
Who holds duly his or her triune proportion of realism, spiritualism, and of the aesthetic or intellectual,
Who having consider’d the body finds all its organs and parts good,
Who, out of the theory of the earth and of his or her body understands by subtle analogies all other theories,
The theory of a city, a poem, and of the large politics of these States;
Who believes not only in our globe with its sun and moon, but in other globes with their suns and moons,
Who, constructing the house of himself or herself, not for a day but for all time, sees races, eras, dates, generations,
The past, the future, dwelling there, like space, inseparable together.
He called himself a “kosmos,” spelled after the title of Humboldt’s epoch-making book, which had lit up Whitman’s formative imagination and had awakened humanity to the interconnectedness of nature with the poetically phrased proclamation that “in this great chain of causes and effects, no single fact can be considered in isolation.”

Complement with Emily Dickinson’s ode to the interconnectedness of nature, brought to life as an animated song, then revisit Meshell Ndegeocello’s enchanting performance of Whitman’s own ode to the interconnectedness of nature.
In the early spring of 2020, epochs after Whitman, with humanity furling into fetal position amid a global lockdown, feeling at once more fragile and more connected than ever before in our shared lifetime, Whitman’s ethos came alive anew, his cosmic songs resonant with tones we needed to hear more than ever — tones that both soothe and vivify the discomposed soul dwelling then in each of us fractals of the world-soul. 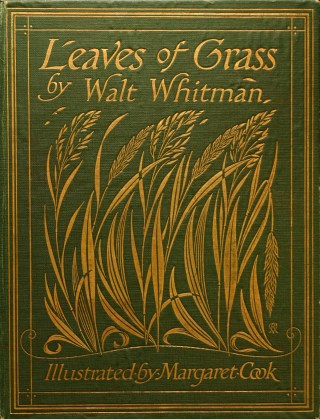 He called his most intimate poems, which were also his most universal, Song of Myself — a hymn to human nature itself, to its numberless and fathomless fractal manifestations in particular selves, reverberating with the eternal truth that “every atom belonging to me as good belongs to you.”

Two springs later, as humanity slowly unfurls, newly awakened to the kosmos of connection that binds us to each other and to the great living poem of a reality in which not one atom can be considered in isolation, Whitman returns to remind us that each and every one of us is the survivor not only of a deadly pandemic but of myriad cataclysms stretching back to the Big Bang — a miraculous miniature of the universe itself.
In the wake of the disorientation, as I endeavored to go on with the annual Universe in Verse — to preserve its spirit as a celebration of life in an atmosphere of deadly terror — I could think of no better person to inspirit Whitman’s poem “Kosmos” than my friend, neighbor, and co-dreamer of improbable dreams Dustin Yellin — a visionary artist animated by the questions of a physicist, or a child, and the answers of a poet, or a child; founder of Pioneer Works, without which there would be no Universe in Verse; composer of five-ton poems of glass, color, and stainless steel; a creature of unselfconscious multitudes: part Plato, part Frida Kahlo, part The Little Prince.

[embedded content]
“We forget that nature itself is one vast miracle transcending the reality of night and nothingness,” Loren Eiseley wrote in his exquisite meditation on our search for meaning. “We forget that each one of us in his personal life repeats that miracle.” Meanwhile, the poetic physicist Richard Feynman was remembering the miracle while standing at the seashore, remembering that we are each “atoms with consciousness… matter with curiosity… a universe of atoms… an atom in the universe.”