You can listen to or read the full interview here. 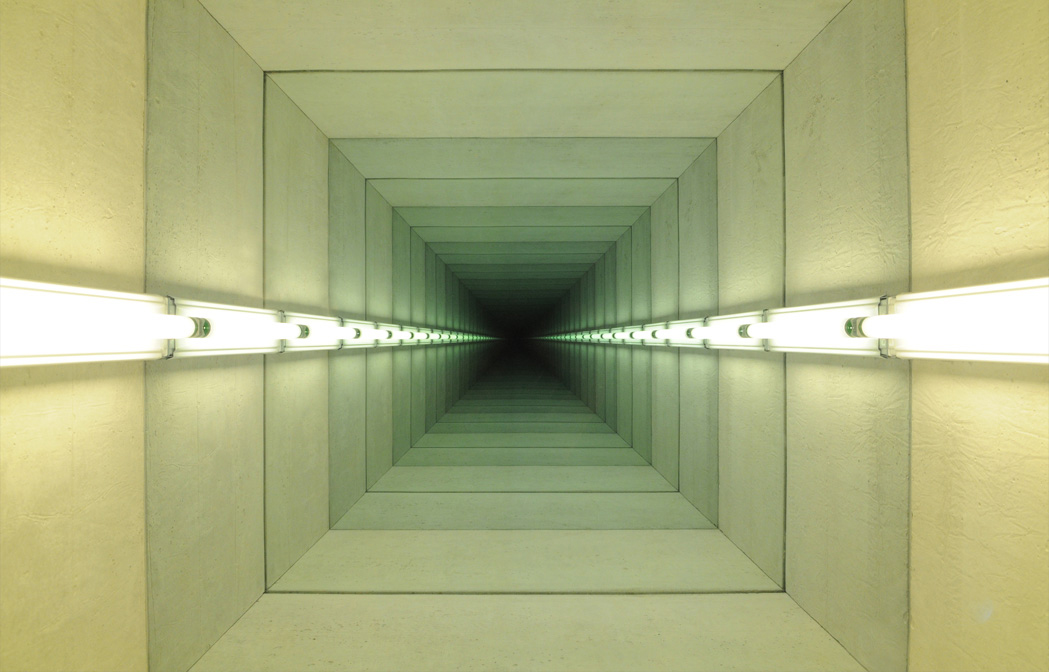 MILLGRAM: —and then you can see the worries. Sometimes I think . . .

Here’s what follows:
[Chul Hyun Ahn – Tunnel IV (detail)]
Again, if that’s your view of what philosophy requires, there are a great many people in my line of work who don’t live up to that. That is just disappointing. They’re just very, very confident in the way they do things, and they’re not going to have second thoughts.
After the discussion about what it is to be philosophical, Cowen revisits this:
Earlier in the conversation, Millgram says:
I think one of these questions is, What’s the meaning of life? Well, just on that last score, the meaning of life in analytic philosophy has been pushed to the very, very, very, very distant margins of the field instead of getting—as I think it should get—our most serious attention.
Philosophy is an applied science. It’s the machine-tool industry of the mind. We make the intellectual tools that make the intellectual tools. We’re engineering and engineering science. We’re very high up in the value chain so people don’t notice, but that’s what we do. On that take, I have all of these colleagues—most of my colleagues who think that what they’re doing is completely useless, and they’re proud of it. They have the attitude that John Dewey complained about where you think of yourself as a member of the leisure class and you’re glad that you don’t do anything useful.

There’s a second take on philosophy that I can’t get away from, which is that it’s a response of a certain kind to the imperative of the Delphic oracle: “Know thyself.” Philosophy requires you not to take things for granted and just—OK, I had a colleague in a previous job who remarked to me that there’s a phrase that nonphilosophers use that philosophers never use. It’s starting a sentence with “My philosophy is,” and he pointed out that what’s going to follow is some view that the person simply will not reconsider or give up—but that’s not what philosophy is about. Philosophy is about noticing that there’s something you’ve been taking for granted, and maybe it’s time to have second thoughts about it.
MILLGRAM: I think this is generally true as a professional vice or handicap of philosophy. For my own part, I actually do try to—I mean, there’s two ways you can interact with nonphilosophers. There’s the dead ones— you read them— and then there are the live ones —and I try to do both, to talk to people who aren’t philosophers and also to talk to dead nonphilosophers…
So, I’m a philosopher. My best conversation partners are other philosophers who I think are truth seekers and who I have enormous respect for…  Some of these people I’ve known for, I guess, 40 years now, and we have overlapping interests. So we have regular conversations, and mostly neither of us convinces the other; what happens is our views evolve…
COWEN: Are you worried that, as you described earlier in this dialogue, all of your best conversations are with philosophers? Doesn’t that mean you’re leaving trillion-dollar bills on the table, so to speak, since philosophers know a somewhat circumscribed set of things—as would be true with any group? Why have all your best conversations with philosophers? Isn’t that a warning sign that something’s badly wrong with philosophy?…
Then there’s a third way of seeing what philosophy is. It’s got central questions that somehow don’t go away. Plato’s Socrates asks — the question is, How should you live? That’s one of them, and Kant had these four questions, right? What can you know, what should you do, and what can you hope for — and the fourth question was, What is it to be a human being?
COWEN: Give us the three quick takes, yes.
In a recent live interview, Tyler Cowen (GMU) asks Elijah Millgram (Utah), “To what extent do you think philosophers today are even still philosophical, in the true sense of that word?”
MILLGRAM: OK . . .To answer the question, you have to have a view about what it is to be philosophical, and the problem here is that I have three different views. I worry about this question a lot. I think it’s part of philosophy to be aware of the question, what is it to do philosophy right and what philosophy is. So I can run through the three takes I have really quickly —
So, when you ask that question, I end up feeling sort of depressed.
If you’re too narrowly boxed into your field, especially if it’s philosophy, that won’t be good for you—but then there is also this: it’s often hard to get the nonphilosophers to engage you philosophically in the way that a philosopher would. Talking with philosophers ends up being a large part of your diet.