Google didn’t respond to a request for comment.
With geofence warrants, a controversial law enforcement tool, police can carve out a specific area and time period, and Google can gather information about the devices that were present during that window. The information is anonymous, but police can analyze it and narrow it down to a few devices they think might be relevant to the investigation. Then Google reveals those users’ names and other data.

Google said the company has “seen a rise” in the number of warrants that call on Google to identify users based on their location history — data that the company collects from people using its mobile services and which bolsters Google’s advertising business.

The figures come as Google and other Silicon Valley companies face scrutiny for their privacy practices and their handling of people’s personal information. In 2019, Google received blowback for its involvement with geofence warrants after a report by The New York Times  about Sensorvault, a Google database with detailed location records from hundreds of millions of phones around the world. The database is meant to collect information on the users of Google’s products so the company can better target them with ads and see how effective those ads are. But law enforcement has tapped into the data for help in solving cases.
Catch up on the biggest news stories in minutes. Delivered on weekdays.
In 2018, Google received 982 geofence warrants. In 2019, it rose to 8,396. Last year, it jumped to 11,554. In all, Google received 20,932 geofence warrants in that window. While Google only disclosed figures from those three years, the company said it’s gotten requests since 2016.
Google on Thursday said it’s received more than 20,000 geofence warrants in the US in the last three calendar years, making up more than a quarter of all warrants the tech giant received in that time.
Google published the numbers for the first time as part of its latest transparency report, in which it discloses requests for user data from government agencies and other organizations. TechCrunch earlier reported on the geofence warrant figures.
In Thursday’s report, Google said it had received the most requests in 2020 from law enforcement in California. The jurisdictions with the least warrants were Hawaii and Maine, with one request each. 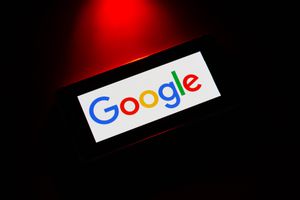