The show will be co-created by showrunner Chris Black (Star Trek: Enterprise, Desperate Housewives) with comic book artist Matt Fraction (currently hot for the reinvention of Hawkeye that heavily influenced the Disney Plus series).
The series will follow one family’s journey to uncover buried secrets linking them to Monarch, the secret monster-hunting organization from the films.

Entertain your brain with the coolest news from streaming to superheroes, memes to video games.
The MonsterVerse, a joint project by Legendary Entertainment and Warner Bros. Pictures, was launched in 2014 with a new US version of Godzilla, followed by 2017’s Kong: Skull Island and 2019’s Godzilla: King of the Monsters. The two monsters then clashed in Godzilla vs. Kong, a box office hit in 2021. 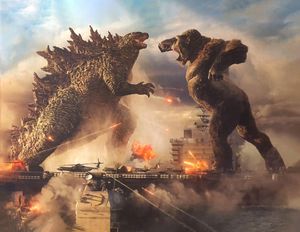