Stein notes that the Victorians found their romantic home in Italy, Americans found theirs in Spain in the first half of the nineteenth century and in England in the second, and her own generation found it in Paris. Prefiguring Angelou’s sentiment, she adds:
Stein — Jewish and gay, writing while the world was coming undone by warring nationalisms and gas chambers disbelonging human beings from life itself — observes:
“You only are free when you realize you belong no place — you belong every place — no place at all,” Maya Angelou told Bill Moyers in their fantastic forgotten conversation about freedom. Beneath the surface of this paradoxical sentiment is a kind of koan, simple yet profound, replete with layered truth for those of us living expatriated lives — expatriated from a place or a culture, in space or in time.

Of course sometimes people discover their own country as if it were the other… but in general that other country that you need to be free is in the other country not the country where you really belong.

Two generations before Angelou, Gertrude Stein (February 3, 1874–July 27, 1946), living out her great love story as an American expatriate in Paris, addressed this paradox with uncommon insight and her own characteristic koan-like style in a passage from her 1940 novel Paris France (public library). 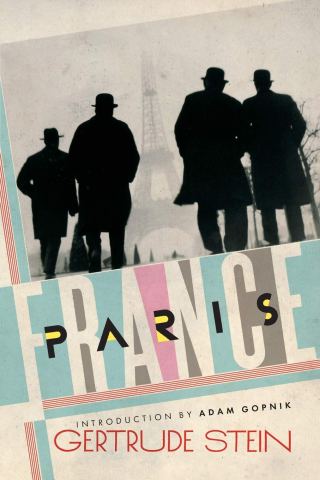 I read this and think of Leonard Cohen’s lovely notion of poetry as “the Constitution of the inner country.” For me, living an unbelonging life in a country other than the one in which I was born and raised, poetry has been an increasingly vital portal to that inner landscape of freedom that Stein contours — a way of tending to and befriending the interior wilderness from which all creative work springs and which remains a sovereign territory of psychogeography, wherever one’s body may be located and whatever artificial borders may be drawn around it by outside observers.

Complement with poet and philosopher David Whyte on how to be at home in yourself and Toni Morrison on borders and belonging, then revisit Maria Kalman’s magnificent illustrated love letter to Gertrude and Alice’s love.

Everybody, that is, everybody who writes is interested in living inside themselves to tell what is inside themselves. That is why writers have to have two countries, the one where they belong and the one in which they live really. The second one is romantic, it is separate from themselves, it is not real but it is really there.