Professor Humphreys was a part of the University of Virginia Department of Philosophy beginning in 1978, retiring in 2021. Over the course of his career, he held visiting appointments at Stanford University, Ecole Normale Supérieure, Paris, Institut d’Histoire et Philosophie des Sciences et des Techniques, University of California Los Angeles, University of Arizona, University of Pittsburgh, and California State University, Long Beach. He earned his PhD and MA from Stanford, and his undergraduate degree from the University of Sussex.
He died on August 9, 2022, of a glioblastoma.
In a memorial notice, the University of Virginia Department of Philosophy writes that Professor Humphreys “helped to shape the field through his service to the profession, most recently as series editor for Oxford Studies in the Philosophy of Science. But his contributions transcend both disciplinary and national boundaries. At UVA, Paul established working groups with faculty from a wide range of disciplines, including data science, economics, and sociology, to examine epistemological and ethical questions raised by new developments in artificial intelligence, data science, and neuroscience… He generously sponsored numerous international graduate and postdoctoral students who came to Charlottesville to study with him. Paul’s influence will live on, not only in his many books and articles, but also in the work of the many scholars and students who have benefitted from his intellect and his kindness.”
Professor Humphreys was well-known for his research in philosophy of science, which included work ranging from emergence, probabilistic causality, scientific explanation, to the philosophy of computer simulations. You can learn more about his work here and here.
An obituary is here.
Paul Humphreys, Commonwealth Professor of Philosophy at the University of Virginia, has died. 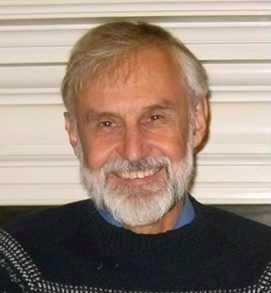