Professor Teuber started at Brandeis in 1985. He earned his Ph.D. and B.A. from Harvard University.
(via Kate Moran)
An obituary from Brandeis is here.
Andreas Teuber, associate professor of philosophy at Brandeis University, has died.
In addition to his work as an academic, Professor Teuber also had a minor career in acting, which you can learn more about here.
The post Andreas Teuber (1942-2021) appeared first on Daily Nous.
Professor Teuber worked on issues in political philosophy, philosophy of law, and philosophy of art, and was known as an especially good teacher. Brandeis University Provost Carol Fierke writes, “One of Andreas’s greatest gifts was to make everyone he spoke to feel important and valued. His dedication to teaching and mentoring, and the affection of his students in his popular classes—usually the highest-enrolling classes in the Division of the Humanities—made him a mainstay of the department. Even in a large lecture hall, each student felt that he was speaking directly to them.” 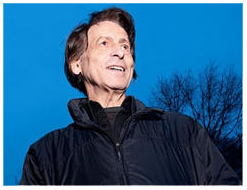