Dear Chancellor Greenstein,
We are not requesting an “opportunity” to re-apply for the major, which would no doubt involve promising unattainable deliverables to meet arbitrary benchmarks. It does not matter how many students major in philosophy; we will never attract as many as fields that are the names of jobs. What matters is that students have the choice that you promised on November 5th. What matters is that Bloomsburg University retain the philosophy major as our students deserve. We request that you guarantee its continuance. 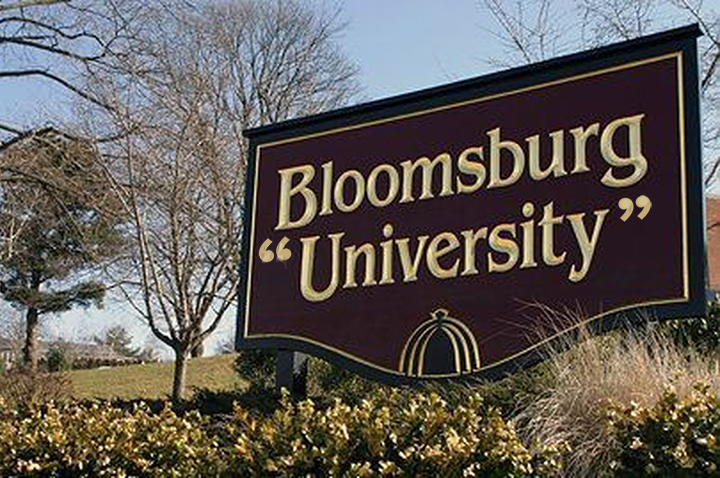 In a public Facebook update last Friday, Chair of the Department of Philosophy at Bloomsburg, Steven Hales, wrote about the decision to end the philosophy major:

The Bloomsburg philosophy major is no more. The Provost wrote a phone meeting to my calendar yesterday from 1:25-1:40, with instructions for me to call her. I call. She is clearly driving with me on speaker phone. The final program array for the new integrated university is being sent to the Chancellor today. Upon his orders, all “low-enrolled” majors are cancelled. I was not told what the threshold is to not count as low-enrolled, whether that number is the most recent year only or an average over several years, or what. Nor does the total number of students taught per faculty member in philosophy matter. Only majors. We’re allowed (for now) to keep the minor, and no retrenchments are planned. She did make it clear, however, that we will have an opportunity to re-apply for the major after integration, once we write a big document with various strategies for increasing our numbers to viability and submit it through the regular curricular processes. She must have said the word “opportunity” 20 times.
My takeaways include these. (1) Neither I nor my department deserve the courtesy of a face-to-face meeting, despite the fact that we have collectively taught here for 82 years and have more skin in the game than all the administration combined. Just a 15-minute perfunctory call from the car. (2) Shared governance is not even a fig leaf; there was no warning, no seat for us at the decision-making table, no discussion of things we could do to save the major. (3) Calling this an “opportunity” is beyond insulting. Like someone punching you in the face and telling you this is an opportunity for you to practice your ducking skills. Why don’t you just try to duck better?…
I told the Provost that she is destroying the university in order to save it. Of course my words meant nothing. I have no doubt that she has already been working on her exit strategy. She interpreted me as merely being angry. That doesn’t quite say it though. Disrespected, undervalued, and demoralized are much closer.

That’s Wendy Lee, professor of philosophy at Bloomsburg University of Pennsylvania, in a letter to Bloomsburg Provost Diana Rogers-Adkinson, published at BUNow, about the decision to eliminate majors in philosophy, physics, anthropology, and German, made by the Chancellor of Pennsylvania’s State System of Higher Education (PASSHE) Daniel Greenstein and executed by Rogers-Adkinson and other administrators at Bloomsburg. The cuts follow a move by PASSHE last year to combine Bloomsburg with Lock Haven University and Mansfield University.
“In its desperate need to scapegoat something other than its own misadventures overbuilding, over-spending on everything but education… BU finds itself unable to fulfill its central mission: educational opportunity across that wide swath of disciplines that define a university.”
As philosophy faculty, students, alumni, and supporters of a broad-based liberal arts education, we implore you to reverse this decision and make a commitment to the continuance of the philosophy major at Bloomsburg and throughout the State System of Higher Education. Authentic higher education is not just worker training for businesses. Philosophy has been the central discipline of universities since Plato’s Academy. We invented logic, systematic ethics, and the natural sciences—philosophy is not some ephemeral, boutique area of study but the heart of the university. Young Pennsylvanians deserve the chance to improve their lives through the study of philosophy, and not just if they are privileged enough to go to U. Penn or Swarthmore.
In your speech of 5 November 2021, you said that “Students want breadth. They want to have a lot of choice for their majors and they should. Just as important, communities need them to have choice. Because we’re public. Because we owe ourselves to the state and to the students, the question is how do we provide people with the breadth of program choices they need.” The very next week you issued a directive to close “low-enrolled” majors. Here at Bloomsburg University, we have shuttered the Philosophy, Physics, Anthropology, and German majors. There was no discussion with affected parties, no seat at the decision-making table, no shared governance, no data offered or targets to meet, not even commiseration, just the hammer from above.
Yesterday, Professor Hales posted an open letter calling for a reversal of the decision to end the philosophy major. Those who agree can add their name to the signatories.
You can view and sign the letter here.