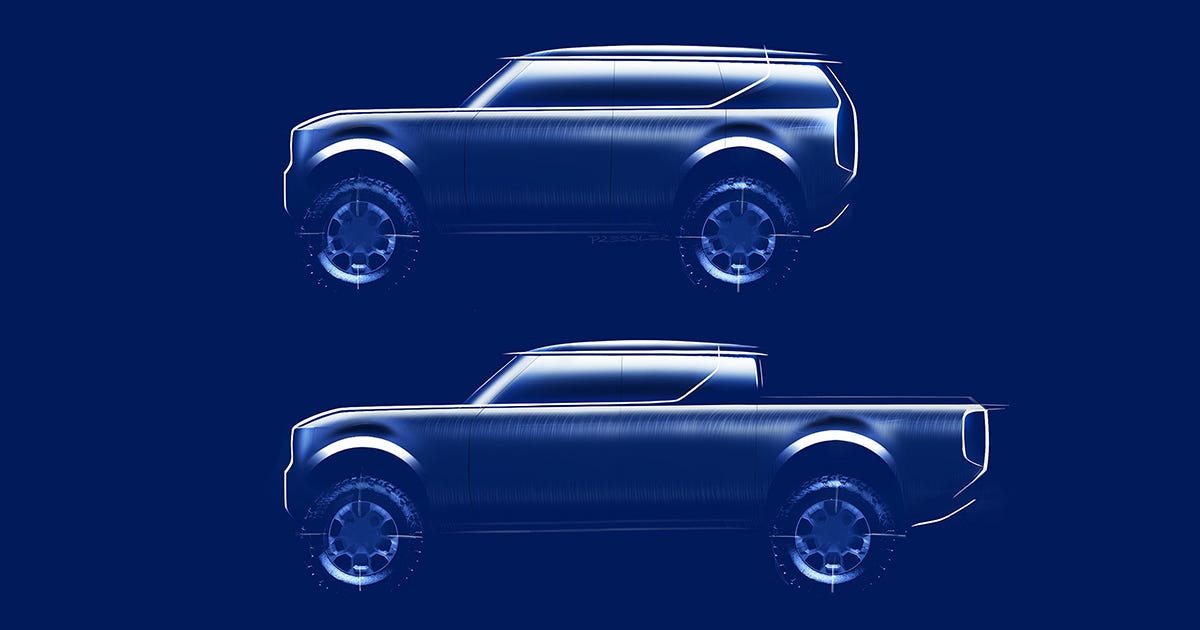 CEO Herbert Diess says the new Scout brand will help VW become a more relevant player in the US market, as the pickup and SUV segments are one of the largest growth markets. Volkswagen says the first Scout prototypes will be revealed next year, with production set to start in 2026. The Scouts are being designed and engineered specifically to appeal to American consumers, and they will be produced in the US at an as yet un-announced factory.
It’s been 42 years since the last International Harvester Scout rolled off the line, which first debuted in 1961 as a pioneering SUV. Now Volkswagen, of all brands, is resurrecting Scout as its own separate brand of electric vehicles that will be built in the US. We first heard rumors of the Scout revival last year, but on Wednesday the brand officially confirmed the announcement with a teaser image showing off Scout’s two upcoming models.
The Scout lineup will consist of an off-road-oriented pickup truck and SUV, both of which will have four doors and share similar styling. The sketches look cool and blocky, with enough retro elements to remain recognizable as a Scout and big chunky tires.. Both vehicles will apparently built on a new platform to provide them with more capability beyond what’s available from VW’s current architectures and tech. 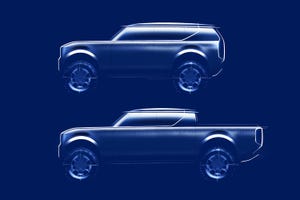