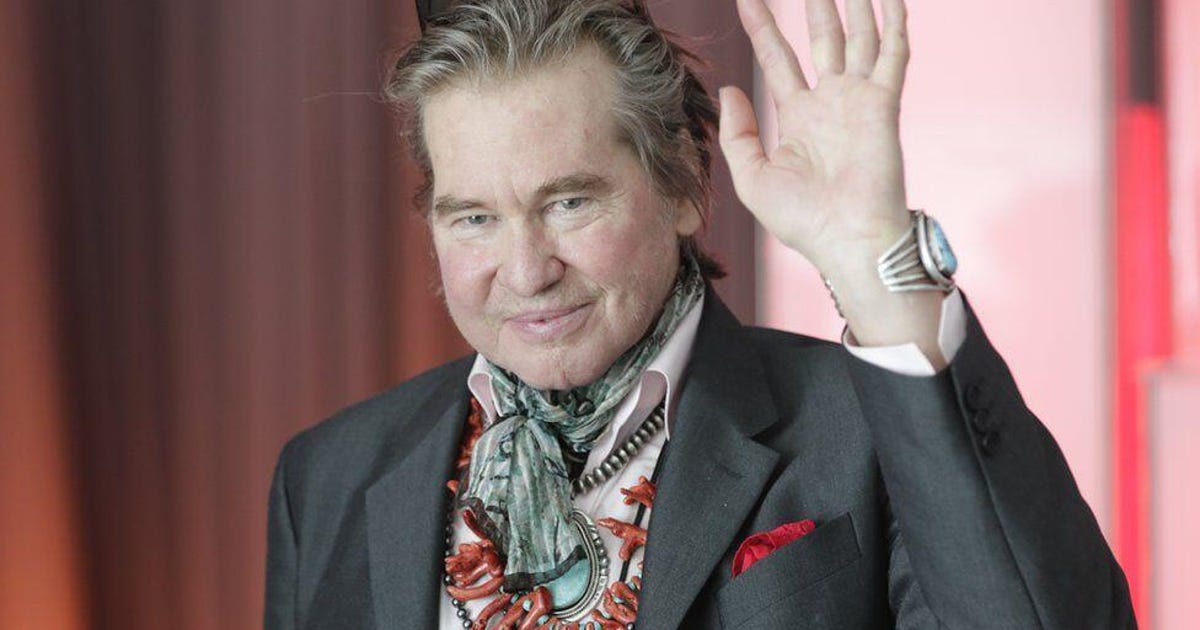 Val Kilmer is ready to fly again — this time as Batman.
“Most of film work is WAITING!!!” he said. “Takes a lot of discipline. On the new one, it was just nice to be with Tom and get the chance to connect again!!”
After returning to the big screen as pilot Tom “Iceman” Kazansky in the blockbuster Maverick: Top Gun, the actor said during an interview with IGN’s Jim Vejvoda that he would be interested in reprising his role as the Caped Crusader.
Vejvoda’s interview with Kilmer was conducted over email after the actor, also known for his performances in Real Genius and Tombstone, lost his voice to throat cancer after a tracheotomy in 2014. Kilmer’s appearance in the Top Gun sequel was aided by British AI company Sonantic, which created a model of his voice.
Kilmer also said during the conversation that it would be fun to make a sequel to the 1995 crime drama Heat because he has a love and trust with director Michael Mann. Mann said in January that he’s working on a novel that follows Kilmer’s character, Chris, as he attempts to escape LA in the aftermath of the film’s disastrous bank robbery and chaotic shootout.

The interview also comes as Maverick, which has surpassed billion at the box office worldwide to become the year’s top-grossing movie, was released for home digital sales through online stores like Amazon Video, Apple TV and Vudu. Kilmer recalled the thrill of working on the 1986 movie and working again with Tom Cruise, aka Maverick.
VAL: Yea please pic.twitter.com/GtYgJjj9Wh
When asked if he would be interested in playing Bruce Wayne, especially at a time when “we now have multiple universes in comic book movies where actors who’ve played Batman or Spider-Man in the past team up with the current actor playing the role,” the actor reportedly responded, “Yea please.”
“During the first film we had a blast as young actors!!” Kilmer told IGN via email. “I was blown away by the scale of the sets! I have fond memories of the ‘behind the scenes!'”
In between Michael Keaton and George Clooney donning the black cape, Kilmer played Batman in the 1995 movie Batman Forever, opposite Jim Carrey as The Riddler, Tommy Lee Jones as Two-Face and Chris O’Donnell as Dick Grayson, aka Robin.
Kilmer’s struggles with throat cancer were documented in the 2021 Amazon Prime Video movie Val. In the film, Kilmer’s son, Jack, narrates how chemotherapy and radiation treatments impaired Kilmer’s ability to speak but not his creative voice. 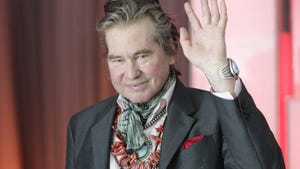