Each winter, on the banks of the Platte River in Nebraska, one of Earth’s most otherworldly spectacles pours its cascade of white and crimson: the mass migration of sandhill cranes, Grus canadensis — elegant emissaries of prehistory carrying the story of this world on their back.
Previous unphotographables: Georgia O’Keeffe on the grandeur of Machu Picchu; Iris Murdoch on the sea and the stars; an Alpine transcendence with Mary Shelley; an Alaskan paradise with Rockwell Kent.
In the opening pages of his 2006 novel The Echo Maker (public library), Richard Powers paints in words the truly unphotographable — a transportive piece of deep history that is at once a ravishing invitation to absolute presence:
There is only here, now, the river’s braid, a feast of waste grain that will carry these flocks north, beyond the Arctic Circle. As first light breaks, the fossils return to life, testing their legs, tasting the frozen air, leaping free, bills skyward and throats open. And then, as if the night took nothing, forgetting everything but this moment, the dawn sandhills start to dance. Dance as they have since before this river started.

No photograph or footage can capture the sweeping grandeur of their myriad, the surreality at scale. 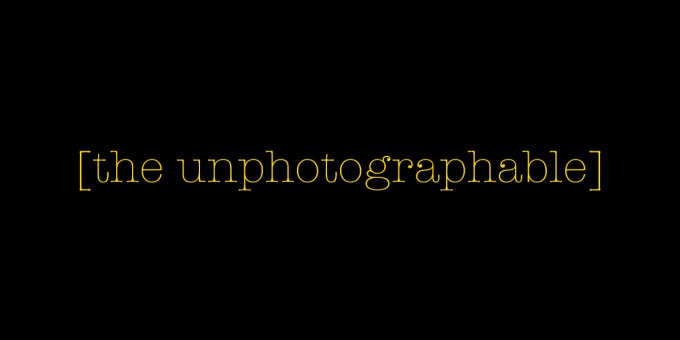 Cranes keep landing as night falls. Ribbons of them roll down, slack against the sky. They float in from all compass points, in kettles of a dozen, dropping with the dusk. Scores of Grus canadensis settle on the thawing river. They gather on the island flats, grazing, beating their wings, trumpeting: the advance wave of a mass evacuation. More birds land by the minute, the air red with calls. A neck stretches long; legs drape behind. Wings curl forward, the length of a man. Spread like fingers, primaries tip the bird into the wind’s plane. The blood-red head bows and the wings sweep together, a cloaked priest giving benediction. Tail cups and belly buckles, surprised by the upsurge of ground. Legs kick out, their backward knees flapping like broken landing gear. Another bird plummets and stumbles forward, fighting for a spot in the packed staging ground along those few miles of water still clear and wide enough to pass as safe. Twilight comes early, as it will for a few more weeks. The sky, ice blue through the encroaching willows and cottonwoods, flares up, a brief rose, before collapsing to indigo. Late February on the Platte, and the night’s chill haze hangs over this river, frosting the stubble from last fall that still fills the bordering fields. The nervous birds, tall as children, crowd together wing by wing on this stretch of river, one that they’ve learned to find by memory. They converge on the river at winter’s end as they have for eons, carpeting the wetlands. In this light, something saurian still clings to them: the oldest flying things on earth, one stutter-step away from pterodactyls. As darkness falls for real, it’s a beginner’s world again, the same evening as that day sixty million years ago when this migration began.