Double was a tireless teacher and generalist who wrote provocatively across many areas of philosophy, specializing in ethics and free will. Double‘s work is cited in six sections of the Stanford Encyclopedia of Philosophy: moral responsibility, autonomy in moral and political philosophy, personal autonomy, free will, Chinese room, and impartiality. His unique contriution to the free will problem was meta-level subjectivism, which argued that metaethical subjectivism in ethics showed that none of the familiar lower-level theories of moral responsibility could be true.
Professor Double was known for his work on free will. You can browse some of his writings here.
His works included 4 books: The Non-Reality of Free Will (1991), Metaphilosophy and Free Will (1996), Beginning Philosophy (1999) (all with Oxford University Press), and Metaethical Subjectivism (2006, Routledge), 58 articles, and 23 reviews.
Richard Double, emeritus professor and former chair of philosophy at Edinboro University of Pennsylvania, has died.
His family provided an obituary from which the following is excerpted: 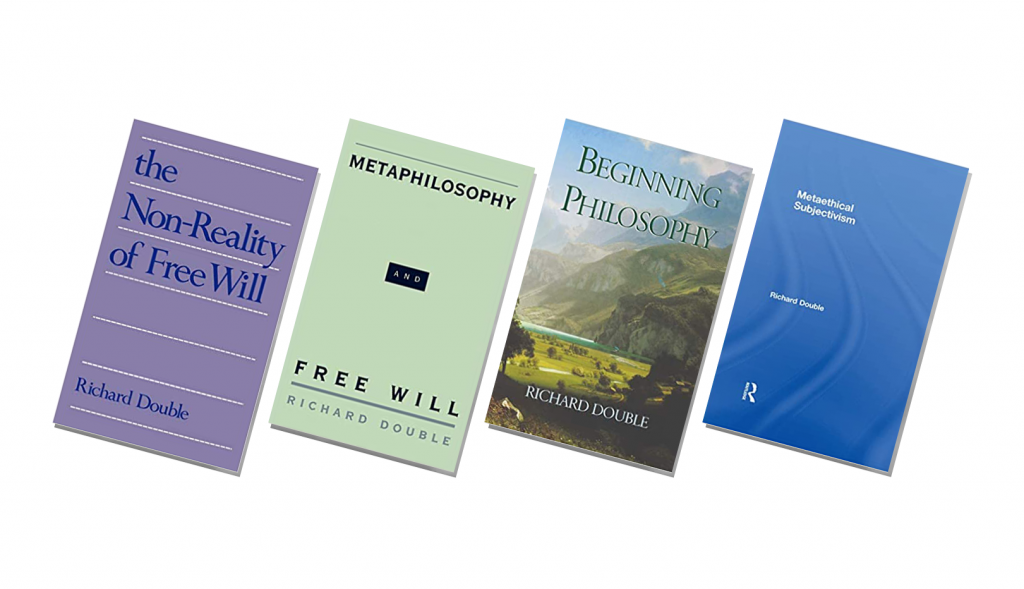 He died yesterday.
(via Gregg Caruso)
Double is survived by his loving wife, Maureen Amar, who tirelessly managed Double’s long battle with Parkinson’s disease.
Double’s proudest accomplishment was the fact his three Oxford University Press monographs were reviewed by the Times Literary Supplement.