A decade after the electricity of life and subjective experience ceased firing in Carson’s consciousness, Hannah Arendt delivered her staggering Gifford Lectures on the life of the mind, observing that if we ever relinquish our hunger for unanswerable questions — the pinnacle of “the appetite for meaning we call thinking” — we would not only lose all art, but lose science and “the capacity to ask all the answerable questions upon which every civilization is founded.”
Originally devised as an argument against physicalism — the notion that everything known and knowable to us, through thought or feeling, has a physical fundament — the knowledge argument is widely considered “one of the most discussed, important, and controversial” arguments in the ongoing quest to fathom consciousness. That it was later challenged by Jackson himself suggests that we might, after all, be stardust suspended in the hammock of spacetime.
A gasp beyond fact, intimating that knowledge of the physical might fail to capture some essential aspects of our consciousness, the experience of color being but one. An almost-answer to the ancient question Plato posed with his thought experiment about consciousness and the nature of reality, the question quantum theory originator Max Planck picked up two and half millennia later with his insistence that “science cannot solve the ultimate mystery of nature… because… we ourselves are part of nature and therefore part of the mystery that we are trying to solve.”
At the center of this delicious realm of the unanswerable are our qualia — those subjective states springing from the essence of individual consciousness, intimate and inchoate, pulsating with the mystery of what it is like to be oneself: what it is like for you to look at the blue I am looking at and see it in a way I never will, nor will ever grasp through knowledge.
Consciousness — that synaptic cataclysm of cerebration symphonic with feeling — is our only lens on reality, half-opaque to itself, its nature ever quickening our hardest questions, their answers ever beyond our grasp.

This animated primer from my friends at TED-Ed and chemist Eleanor Nelsen delves into the complexities, the revelations, and the unanswered, possibly unanswerable questions the knowledge argument contours — the central questions of what it is like to be human:
In the early 1980s, the Australian philosopher Frank Jackson (b. August 31, 1943) set out to explore how knowable that mystery is with his knowledge argument — a thought experiment, also known as Mary’s Room or Mary the Super-scientist, probing the unfathomed regions of consciousness and the limits of what is knowable with the proboscis of our rational inquiry.
[embedded content] 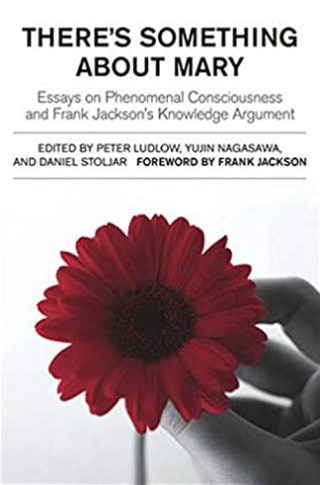 Complement with Richard Feynman’s Ode to a Flower — a Nobel-winning physicist’s sidewise gleam on the same abiding question — then consider a supreme counterpoint to physicalism in the mysterious experience of music.
“It is not half so important to know as to feel,” Rachel Carson wrote after catalyzing the environmental movement with the rigorous science and passionate poetics of reality, harmonizing fact with feeling as the score to a larger understanding. The sentiment speaks to something essential about our human experience: that understanding is always governed by feeling and that any factual knowledge, rather than shaping subjective experience, is shaped by it.
Living in a black-and-white room, reading black-and-white books, and watching black-and-white screens, Jackson’s conceptual Mary studies what the world is and how it works — its physical structures, processes, and causal relationships. But then she leaves her monochrome confines and encounters color — itself the product of physical processes and phenomena, yet producing in Mary a perceptual-psychological experience beyond the knowledge of those processes and phenomena, beyond everything she had understood about color through the knowledge-acquisition paradigm of learning.