Let them not say:     it was not spoken, not written.
We spoke,
we witnessed with voices and hands.
LET THEM NOT SAY
by Jane Hirshfield
Let them say, as they must say something:
Such an uncommon ante-obituary for our time is what poet and ordained Buddhist Jane Hirshfield (who, in my book, is due the Nobel Prize in Literature) offers in the opening poem from her superb collection Ledger (public library), one of my favorite books of 2020 — a poem she describes as a sort of prayer, a vow to the future to not be true, a poem “hoping to make itself someday incomprehensible,” read here by Krista Tippett (with a touch of Debussy) in an excerpt from their altogether fantastic On Being conversation about poetry as an instrument of conscience and contemplative aliveness:
Given how relatable this wish is on the individual level, it is rather odd that we rarely consider it on the collective level of the culture, the civilization, the species. There, a time-travel glimpse of how posterity remembers us — the totality of us who lived and died in a shared region of spacetime — can be the ultimate calibrator of our conscience and its echoes in our actions as we make (or unmake) the world we bequeath to the future.
Two dynamite-powered World Wars later, in his insightful Nobel Prize acceptance speech, Bertrand Russell identified vanity as one of the four desires driving all human behavior.

The story goes that when a newspaper mistakenly printed his obituary in 1888, the Swedish entrepreneur and inventor Alfred Nobel, very much alive, was so horrified to see himself remembered as the “tradesman of death” for his inventions of dynamite and ballistic that he decided to devote his remaining years to supporting the most life-affirming endeavors of the human spirit. And so the Nobel Prize was born.
Let them not say:     they did not taste it.
We ate, we trembled.
Complement with Jane Hirshfield herself reading “Today, Another Universe,” also from Ledger, and her long-ago masterpiece “For What Binds Us” — one of her earliest and most moving poems — then revisit her penetrating reflection on what art and poetry do for us and a lovely stop-motion animation of her spare tree-inspired ode to the meaning of optimism.
Let them not say:     they did nothing.
We did not-enough. 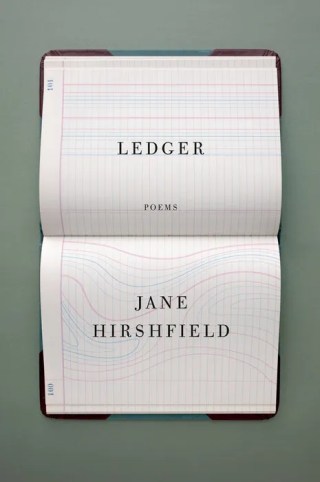 Whatever our judgments about personal vanity may be, the awareness that it is so elemental to the human animal, so much an exoskeleton of the self, makes Alfred Nobel’s impulse touchingly relatable; that he chose to channel it in so generative a way is a testament to his character. What is highly unusual about his experience, however, is that he had a living glimpse of what none of us ordinarily do — our legacy. Every human being, whether they readily admit it to themselves, wishes to be remembered and remembered kindly. The ultimate vanity of personhood is the wish not to have lived in vain.