Complement this fragment of Fragrant Palm Leaves — a superb read in its totality — with the poetic physician Lewis Thomas, writing in the same era, on how a sea slug and a jellyfish illuminate the permeable boundary of the self, then revisit Thich Nhat Hanh on the art of deep listening, the four Buddhist mantras of turning fear into love, and his timelessly transformative teachings on love as the art of “interbeing.”
The feeling began shortly before eleven o’clock at night on October first. I was browsing on the eleventh floor of Butler Library. I knew the library was about to close, and I saw a book that concerned the area of my research. I slid it off the shelf and held it in my two hands. It was large and heavy. I read that it had been published in 1892, and it was donated to the Columbia Library the same year. On the back cover was a slip of paper that recorded the names of borrowers and the dates they took it out of the library. The first time it had been borrowed was in 1915, the second time was in 1932. I would be the third. Can you imagine? I was only the third borrower, on October 1, 1962. For seventy years, only two other people had stood in the same spot I now stood, pulled the book from the shelf, and decided to check it out. I was overcome with the wish to meet those two people. I don’t know why, but I wanted to hug them. But they had vanished, and I, too, will soon disappear. Two points on the same straight line will never meet. I was able to encounter two people in space, but not in time.
I feel as though I’ve lived a long time and have seen so much of life. I’m almost thirty-six, which is not young. But that night, while standing amidst the stacks at Butler Library, I saw that I am neither young nor old, existent nor nonexistent. My friends know I can be as playful and mischievous as a child. I love to kid around and enter fully into the game of life. I also know what it is to get angry. And I know the pleasure of being praised. I am often on the verge of tears or laughter. But beneath all of these emotions, what else is there? How can I touch it? If there isn’t anything, why would I be so certain that there is?

“The self, the place where we live, is a place of illusion. Goodness is connected with the attempt to see the unself… to pierce the veil of selfish consciousness and join the world as it really is,” Iris Murdoch wrote in a 1970 masterpiece — a radical idea in her era and in her culture, counter to the notions of individualism and self-actualization so foundational to Western philosophy. Today, practices like metta meditation and mindfulness — practices anchored in the dissolution of the self, which remains the most challenging of human tasks even for the most devoted meditators among us, offering only transient glimpses of reality as it really is — flood the global mainstream, drawn from the groundwater of ancient Eastern philosophy and carried across the cultural gulf by a handful of pioneers in the 1960s and 1970s.
These are our loneliest moments. Yet every time we survive such a storm, we grow a little. Without storms like these, I would not be who I am today. But I rarely hear such a storm coming until it is already upon me. It seems to appear without warning, as though treading silently on silk slippers. I know it must have been brewing a long time, simmering in my own thoughts and mental formations, but when such a frenzied hurricane strikes, nothing outside can help. I am battered and torn apart, and I am also saved.

At that moment, I had the deep feeling that I had returned. My clothes, my shoes, even the essence of my being had vanished, and I was carefree as a grasshopper pausing on a blade of grass… When a grasshopper sits on a blade of grass, he has no thought of separation, resistance, or blame… The green grasshopper blends completely with the green grass… It neither retreats nor beckons. It knows nothing of philosophy or ideals. It is simply grateful for its ordinary life. Dash across the meadow, my dear friend, and greet yesterday’s child. When you can’t see me, you yourself will return. Even when your heart is filled with despair, you will find the same grasshopper on the same blade of grass… Some life dilemmas cannot be solved by study or rational thought. We just live with them, struggle with them, and become one with them… To live, we must die every instant. We must perish again and again in the storms that make life possible.

In consonance with Alain de Botton’s insight into the importance of breakdowns, he looks back on what the most formative storm of his life taught him:

But from this feeling of losing the self, from this utter demolition of identity, arose a deep sense of having arrived at himself, at an elemental oneness of his being with all being: 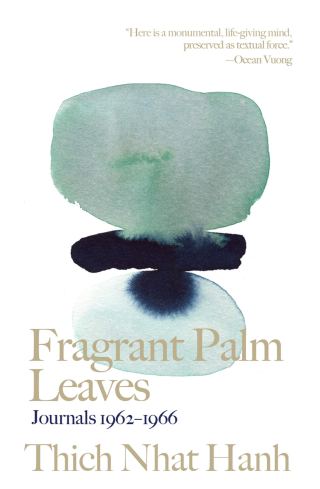 Still holding the book, I felt a glimmer of insight. I understood that I am empty of ideals, hopes, viewpoints, or allegiances. I have no promises to keep with others. In that moment, the sense of myself as an entity among other entities disappeared. I knew that this insight did not arise from disappointment, despair, fear, desire, or ignorance. A veil silently lifted effortlessly. That is all. If you beat me, stone me, or even shoot me, everything that is considered to be “me” will disintegrate. Then, what is actually there will reveal itself — faint as smoke, elusive as emptiness, and yet neither smoke nor emptiness, ugly, nor not ugly, beautiful, yet not beautiful. It is like a shadow on a screen. 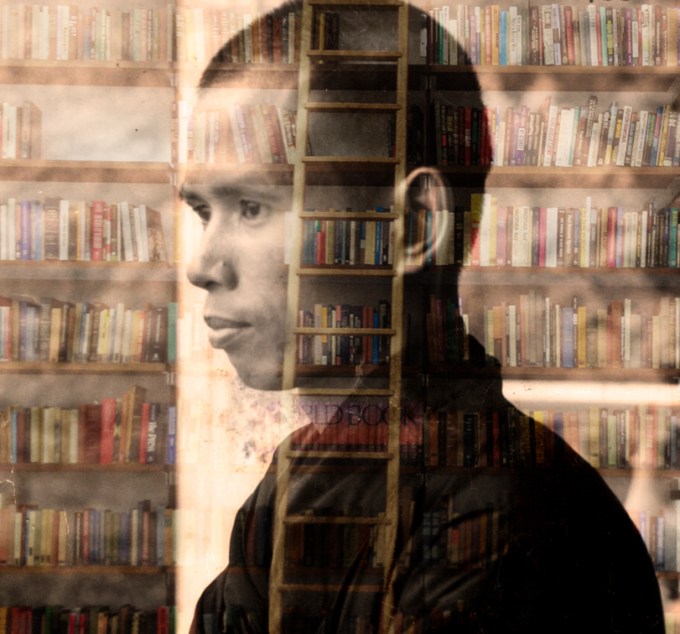 It’s funny how much our surroundings influence our emotions. Our joys and sorrows, likes and dislikes are colored by our environment so much that often we just let our surroundings dictate our course. We go along with “public” feelings until we no longer even know our own true aspirations. We become a stranger to ourselves, molded entirely by society… Sometimes I feel caught between two opposing selves — the “false self” imposed by society and what I would call my “true self.” How often we confuse the two and assume society’s mold to be our true self. Battles between our two selves rarely result in a peaceful reconciliation. Our mind becomes a battlefield on which the Five Aggregates — the form, feelings, perceptions, mental formations, and consciousness of our being — are strewn about like debris in a hurricane. Trees topple, branches snap, houses crash.

In a recollection that makes my own bibliophiliac soul tremble with the tenderness of recognition, he goes on to detail what occasioned the storm of his unselfing — his version of the garden epiphany that revealed to Virginia Woolf her life’s purpose:
Suddenly, all lines dissolved into a boundless field of awareness, without space or time or self:

In an extraordinary diary entry penned ten days before his thirty-sixth birthday — the age at which Walt Whitman opened his Leaves of Grass with the declamation “One’s-Self I sing, a simple separate person” — Thich Nhat Hanh contemplates the illusory and interdependent nature of the self as he faces his own multitudes, pitted in the universal inner conflict that comes with being a person in the world, a private cosmos in a public sphere:
I saw that the entity I had taken to be “me” was really a fabrication. My true nature, I realized, was much more real, both uglier and more beautiful than I could have imagined.

The journal Thich Nhat Hanh began keeping upon his arrival in America as a young man was published half a century later as Fragrant Palm Leaves: Journals 1962–1966 (public library). These remain his most intimate writings — a rare record of his unselfing, which made him himself: the monk who brought mindfulness to the world.

Chief among them was the great Zen Master and peace activist Thich Nhat Hanh (October 11, 1926–January 22, 2022), who arrived in America in 1961 to study the history of Vietnamese Buddhism at the Princeton Theological Seminary, bringing what he learned back to his native Vietnam two years and devoting himself to the project of peace, for which the South Vietnamese government punished him with a four-decade exile. Half a lifetime later — having been nominated by Martin Luther King, Jr. for the Nobel Peace Prize, having founded the found of civilizational optimism that is Plum Village in France, having survived a stroke that left him unable to speak or walk — he was finally allowed to return to his motherland, leaving the West that celebrated him as the father of mindfulness.

Two centuries after Coleridge considered the storm as a lens on the soul, and a century after Van Gogh extolled the clarifying force of storms in nature and human nature, Thich Nhat Hanh adds: