Schytz was using his new metal detector on land belonging to a former classmate in Vindelev, Denmark. At first, it wasn’t clear what he had found.

The gold will be on exhibit in 2022 at Denmark’s Vejlemuseerne. 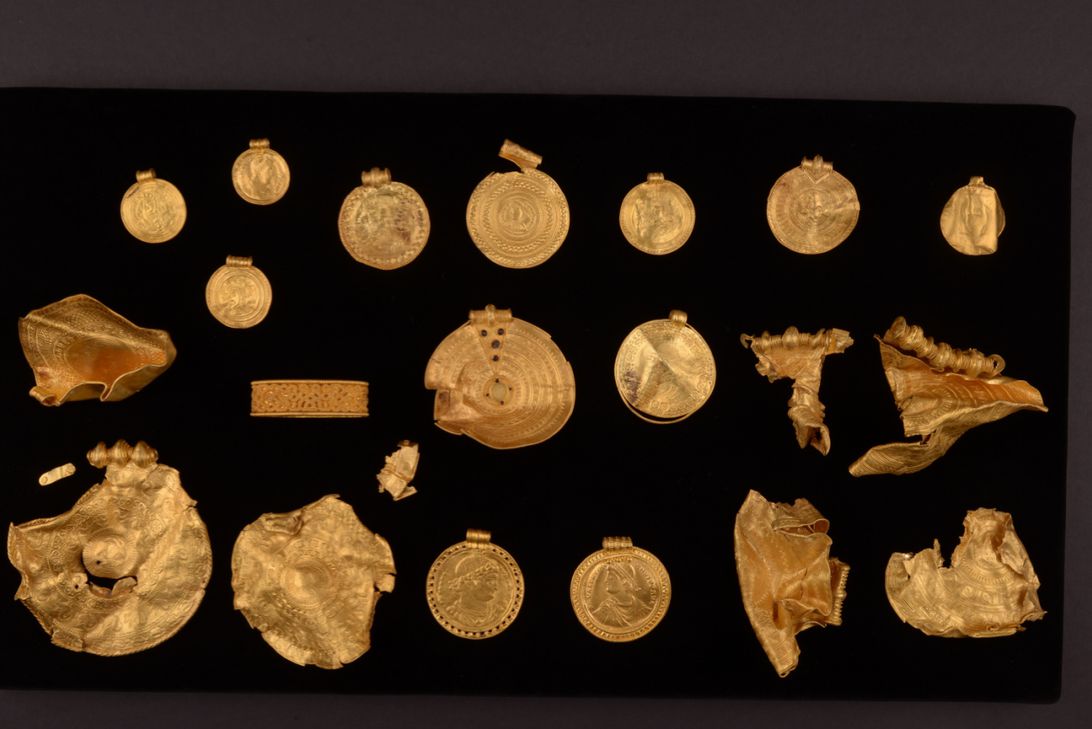 “I told him he might as well just sell the detector now because he already peaked,” Mads Ravn, the museum’s head of research, told CNN. “It doesn’t get better.” 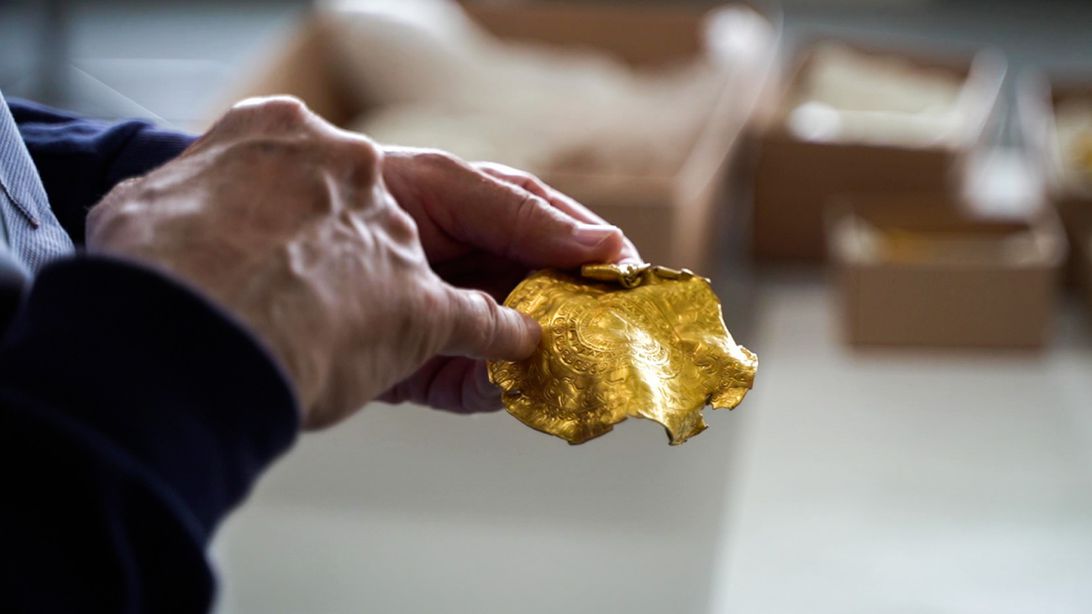 The Vindelev Hoard will be displayed as part of Vejlemuseerne’s large Viking exhibition, which opens on Feb, 3, 2022.

Ole Ginnerup Schytz found the treasure on land belonging to a former classmate.
“Only a member of the absolute cream of society would have been able to collect a treasure like the one found here,” Ravn said in a museum statement. Before the discovery, there was nothing to indicate that such a wealthy warlord or chieftain lived in the village.

It’s a rookie detectorist’s dream. Danish man Ole Ginnerup Schyt had owned his metal detector for only a few hours when he stumbled across one of the largest gold treasures in his country’s history. He discovered nearly 1 kg (2.2 pounds) of gold, including some huge medallions the size of saucers, according to a press release from VejleMuseerne, an art museum in southeastern Jutland, Denmark. The museum reports that the treasure had been buried for 1,500 years.
The treasure is now known as the Vindelev Hoard. It consists of decorated saucer-sized medallions known as bracteates as well as Roman coins that were turned into jewelry. Some have inscriptions that may refer to the rulers of the time, or to Norse mythology, with one coin possibly referring to the god Odin. One of the Roman coins depicts the Roman emperor Constantine the Great, who ruled from 285-337 AD. 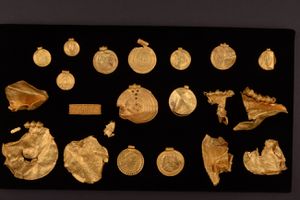