At the same time that Gil was working on linguistics and the philosophy of language, he was also working on related issues in how we think about the world, including themes that cross the boundaries between epistemology, philosophy of psychology, and, more recently, cognitive science. In epistemology, Gil is perhaps best known for having articulated and defended the idea that inductive reasoning can best be understood as inference to the best explanation. His first book, Thought, has become a genuine classic. It is widely cited and selections are frequently reprinted. The concern with how we think about the world weaves its way through Gil’s extensive publication list, through countless journal articles and in two subsequent books, Change in View: Principles of Reasoning and Reasoning, Meaning, and Mind.
Update 1: Elizabeth Harman would like to invite those who knew her father to share memories and stories about him here, in the comments.
Gil has played a major role in building bridges between philosophy and the cognitive sciences at Princeton and beyond, and in convincing philosophers of the importance of cognitive science for understanding reasoning and the mind.
Gilbert (Gil) Harman, professor emeritus of philosophy at Princeton University, has died. 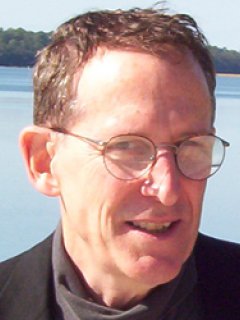 Professor Harman was an influential philosopher well known for his work across a wide range of areas in philosophy, writing on a variety of subjects in moral philosophy, philosophy of language, philosophy of mind, and epistemology. You can learn more about his writing and research here and here.
Gil is also a major figure in moral philosophy. In addition to his many articles, he has published three books. The Nature of Morality has been widely translated and excerpted. Several generations of graduate students earned their doctoral dissertations by grappling with a key problem for moral realism—the explanatory impotence of moral facts—that Gil famously put forward in that book. He published a spirited defense of moral relativism in Moral Relativism and Moral Objectivity, a back and forth on the topic with Judith Jarvis Thomson. Though moral relativism is still a minority view within the philosophical community, it is given its most widely respected defense in Gil’s work. He also published a collection of his seminal papers on this and other topics in moral philosophy, Explaining Value and Other Essays in Moral Philosophy.
You can read more here.
He died at home on Saturday, November 13th, after a long illness.
Update 2: A reader shared a summary of Harman’s career posted by Princeton on the occasion of his retirement:
Professor Harman retired from Princeton in 2017, having started there in 1963. He earned his Ph.D. from Harvard University and was an undergraduate at Swarthmore College.
More recently, Gil’s attention has turned toward the ways in which we might approach these issues through cognitive science. In addition to numerous articles, he has co-authored two books with Princeton’s Dean of Faculty and the William R. Kenan, Jr., Professor of Electrical Engineering Sanjeev Kulkarni: Reliable Reasoning: Induction and Statistical Learning Theory and An Elementary Introduction to Statistical Learning Theory.
Gil has worked in virtually every area of systematic philosophy—philosophy of language and linguistics, epistemology, philosophy of mind and cognitive science, and moral philosophy—and he has made major contributions in each of these areas. His earliest publications were in Chomsky-style generative linguistics, a field in which he continued to publish throughout his career, but he moved very quickly into the philosophy of language and wrote a number of foundational papers on syntax, semantics, the theory of meaning, and the theory of understanding. In this connection, he teamed up with Donald Davidson to edit Semantics of Natural Language, a collection of seminal papers in the field that gave rise to the modern philosophy of language as we know it. Gil continued to publish in the philosophy of language throughout his career. Indeed, he thinks that there is no hard and fast distinction between the contributions he has made in linguistics and philosophy of language and those he has made elsewhere in philosophy.