Two and a half millennia before Leonard Cohen wrote in his timeless and tender ode to democracy that “the heart has got to open in a fundamental way,” the ancient Chinese philosopher and statesman Confucius (551–479 BCE) recognized the indelible link between personal and political morality, recognized that interpersonal kindness is the foundation of social justice, recognized that democracy — a form of government only just invented on the other side of the globe in ancient Greece, not to take root in his own culture for epochs — begins in the heart.
Among them was the poet Ezra Pound (October 30, 1885–November 1, 1972) — a man of immense talent and immense blind spots, of sympathetic idealisms and troubling sympathies — who set out to translate and compile the most enduring teachings of the great Chinese sage. His 1927 more-than-translation earned Pound the ,000 poetry prize of The Dial — the pioneering Transcendentalist magazine Margaret Fuller and Ralph Waldo Emerson had launched nearly a century earlier at the peak of their intense and complicated relationship, which shaped the history of modern thought. Pound used the funds to launch his own poetic-political magazine. The following year, his translation was published in book form as Confucius: The Unwobbling Pivot / The Great Digest / The Analects (public library).

When things had been classified in organic categories, knowledge moved toward fulfillment; given the extreme knowable points, the inarticulate thoughts were defined with precision… Having attained this precise verbal definition, they then stabilized their hearts, they disciplined themselves; having attained self-discipline, they set their own houses in order; having order in their own homes, they brought good government to their own states; and when their states were well governed, the empire was brought into equilibrium.
In his prefatory note, Pound observed that China was tranquil and harmonious for as long as its rulers followed the teachings of Confucius, but dynasties collapsed into chaos and social catastrophe as soon as these principles were neglected. In a sentiment that applies as much to those ancient sociopolitical collapses as to the perils of the present, he writes:
Centuries before the advent of Christianity and its central tenet of the golden rule, the Chinese sage pioneered the concept of compassion as a moral guiding principle — an ancient concept subtly yet profoundly different from empathy, which only entered the modern lexicon at the dawn of the twentieth century as a term for projecting oneself into a work of art. On his existential reading list of essential books for every stage of life, Tolstoy listed Confucius among the most mature reading. His teachings went on to influence millennia of poets, political leaders, and ordinary people seeking to live nobler, kinder, more empowered lives.

The [ancients], wanting to clarify and diffuse throughout the empire that light which comes from looking straight into the heart and then acting, first set up good government in their own states; wanting good government in their own states, they first established order in their own families; wanting order in the home, they first disciplined themselves; desiring self-discipline, they rectified their own hearts; and wanting to rectify their hearts, they sought precise verbal definitions of their inarticulate thoughts. Wishing to attain precise verbal definitions, they set to extend their knowledge to the utmost. This completion of knowledge is rooted in sorting things into organic categories.

The proponents of a world order will neglect at their peril the study of the only process that has repeatedly proved its efficiency as a social coordinate.

That process, as Confucius conceived it, was one of treating public good as a matter of personal goodness, rooted in a purity of heart and a discipline of mind. Noting that “things have roots and branches” and that “if the root be in confusion, nothing will be well governed,” the ancient Chinese sage outlines the six steps to a harmonious society:

Complement with mathematician Lilian Lieber on how Euclid illuminates the roots of democracy and social justice and the great humanistic philosopher and psychologist Erich Fromm on what self-love really means and how it anchors a sane society, then revisit Ursula K. Le Guin’s superb more-than-translation of Tao Te Ching and its ancient wisdom on the wellspring of personal and political power.

This essential classification is the work of clarity and comprehension — we classify to understand and to order our priorities. Once this work is complete, Confucius counsels, the process is folded over and the six steps are retraced back to the original goal of good government: 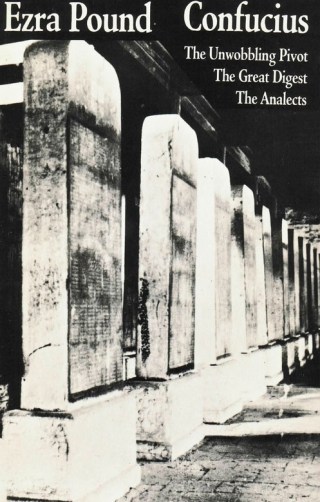