Her nomination was handed to German President Frank-Walter Steinmeier in mid-June, one of the sources told Reuters. If confirmed by the U.S. Senate, Gutmann would replace interim appointee Robin Quinville. Gutmann, whose father fled the Nazis in 1934, would be the first woman to hold the position of ambassador to Germany.
Political theorist Amy Gutmann, currently President of the University of Pennsylvania, has been nominated by President Joseph Biden to be the next U.S. ambassador to Germany.
Her writing in political theory and philosophy has concerned democracy, education, moral disagreement, bioethics, multiculturalism, and other topics, and is the author of several well-known books, including Democratic Education, Democracy and Disagreement (with Dennis Thompson), and Identity in Democracy, among others. You can learn more about her academic work here. 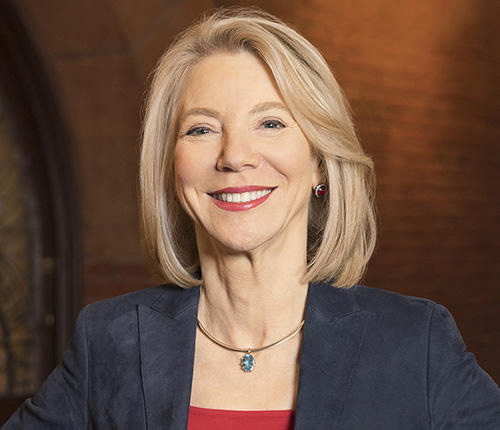 Among Gutmann’s many accomplishments is the founding, in 1990, of Princeton’s University Center for Human Values while a professor there. She also served as the chair of the  Presidential Commission for the Study of Bioethical Issues under President Barack Obama, from 2009-2016. She has been president of the University of Pennsylvania since 2004.
Reuters reports: