Still, I saw the second movie when it came out, but it didn’t change my mind on the franchise. I gave up on it. I wrote the rest of the films off and it was years before I bothered seeing Tokyo Drift. 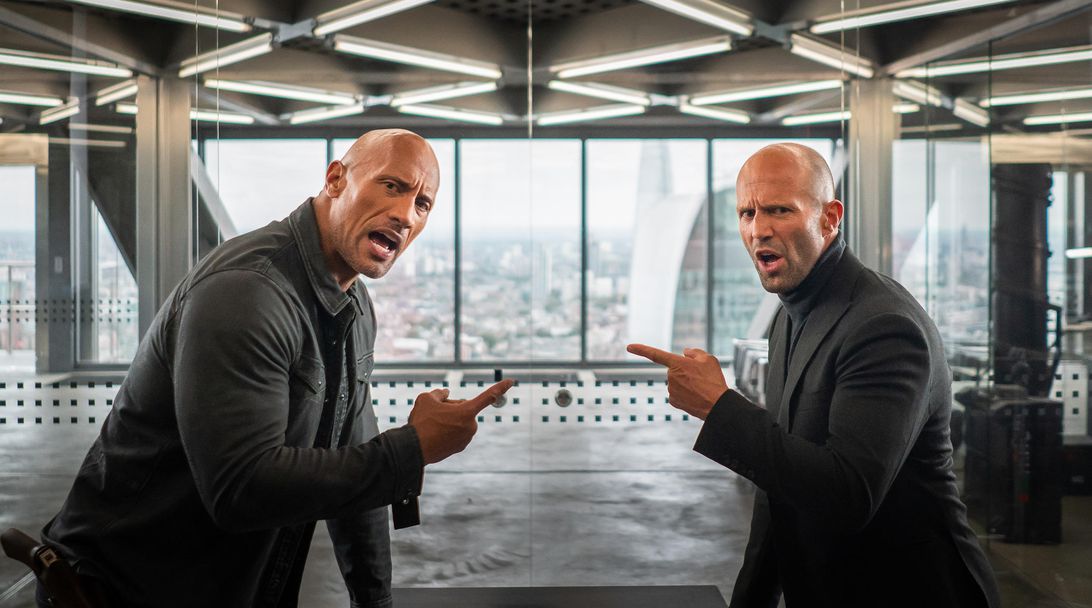 I’m sorry to say it, but the Fast & Furious franchise doesn’t exactly make a great first impression. In that initial 2001 film, The Fast and the Furious, the dialogue is bad, the racing is questionable and there’s no shortage of cringe-worthy moments. When I saw that film back in theaters, I didn’t take to it the same way that many of my friends in the automotive-enthusiast landscape did. Sure, I loved Supras and GT-Rs as much as the next person, but I just could not get my head around why everyone adored this four-wheeled Point Break knockoff.

Fast Five marks a massive tonal change in the franchise, a shift that leaves many dedicated fans cold. Kristen Lee told me she thinks the series should have ended here: “They went from movies about a very specific niche/era of car culture to international heist movies and frankly those are a dime a dozen. I watch the latter ones for the sheer ridiculousness of it, but the intimate honesty that spoke to gear-heads from the early movies — that validated our love of cars and car culture on the big screen — just isn’t there anymore.”
Fast and Furious 9 has exploded into theaters. From the ridiculous opening chase to the fan-pleasing post-credits scene, F9 is packed with all the absurd stunts, smouldering acting and over-the-top action you expect from the Fast and Furious franchise. But how did we get here?

Now, two decades after that first film’s release, here I am to admit that I was wrong. I’ve now seen all the films at least twice and groaned through every one of the recycled soap opera tropes. (Presumed dead but resurrected with no memory? Check. Beloved character becomes inexplicably evil and starts dressing in black? Check. Surprise son from relationship that ended two movies ago? Check and check.) Somewhere between the floor inexplicably falling off of Brian’s Eclipse in 2001’s The Fast and the Furious and a nuclear submarine surfacing in 2017’s The Fate of the Furious, I’ve come to really enjoy the series, and I am properly pumped for the new one. How is it that these people keep getting better looking?
The second film doesn’t do much more for me, but here we see the beginnings of the big heist and the chemistry that would go on to become the true hallmark of the series. Crucially, this film introduces the characters of Roman Pearce (Tyrese Gibson) and Tej Parker (Chris “Ludacris” Bridges), who bring the humor that carries every subsequent film in which they appear. Otherwise, 2 Fast 2 Furious is pretty forgettable, lacking even the memorably bad, meme-ready one-liners of the first film.

Our favorite car chase movies not named Fast and Furious

So what about F9 and its estimated 0 million budget? Will it keep building the momentum? I confess to being a bit skeptical. Chris Morgan, writer of all my favorite films in the series, has stepped aside. In his place, F9 has three credited writers, including director Justin Lin. Writing by committee doesn’t typically result in compelling cinema, but then most people aren’t going to see F&F films for their thematic nuance. Although CNET’s film critic Richard Trenholm called the film “The Godfather II of cartoon car crash movies“, so who knows?
From there it was back to the beginning. Even on my third viewing I confess I struggled to find much merit in The Fast and the Furious. It’s hard to overstate the significance this film had on the import tuner scene of the early 2000s, bringing to the mainstream niche cars that many of us obsessed over in Gran Turismo and Best Motoring bootlegs. I respect this film for having that impact despite being so very schlocky. Climb in the driver’s seat for the latest car news and reviews, delivered to your inbox twice weekly.
By the time a rewatch gets to Hobbs & Shaw, it’s hard to stop. You can’t argue with that point, but where the early films often struggled with misogyny and fragmented narratives, the later films at least paint a more inclusive and engaging experience. And they’re a hell of a lot of fun — if you can get to the point where you stop shaking your head at the ridiculousness of it all and start appreciating the bent rules of physics. Things like: You can survive a fall from any height so long as you land on the roof of a car. Or: A single, lightweight truck can pull a Blackhawk helicopter (capable of lifting 9,000 pounds) so long as that truck has two bottles of nitrous oxide under the hood.
Regardless of how the new film turns out, and which soap opera tropes it entails (evil twin? babies switched at birth? demonic possession?) I cannot wait to see what blows up and which cars are caught in the crossfire. And I really can’t wait to experience it with the franchise’s latest fan: my wife.

Drift also prominently features Han, a character with a strong role in many of the other films, but is most developed here. Lee calls him “the best character in the entire franchise” and it’s hard to disagree. (If you’re a Han fan, don’t miss her excellent interview of actor Sung Kang here.) 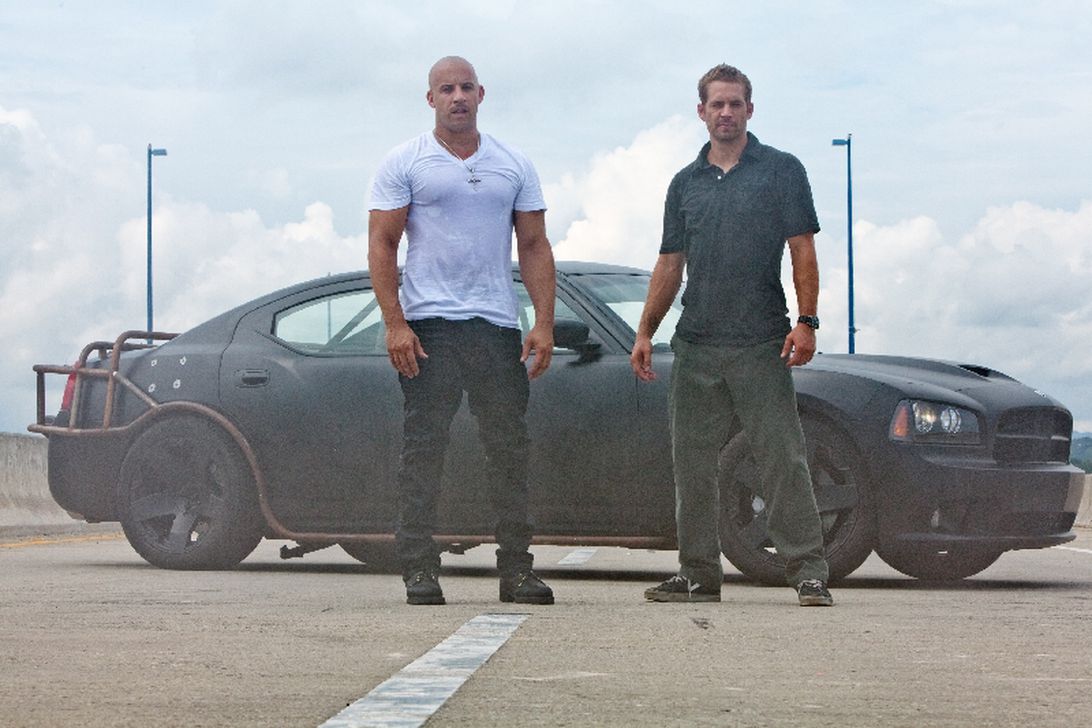 That film flows directly into Fast Five, and it’s here I think where, for better or worse, the franchise really finds its Hollywood legs. The original crew is united with the crew from 2 Fast 2 Furious, Dwayne Johnson makes an unlikely appearance, and yet somehow the on-screen chemistry across the board is solid. The family has grown massively, but not as much as the budget. The first film had a budget of million. That figure crept up gradually and by the time Fast & Furious came around it was up to million. Fast Five? The budget made a 50% leap to 5 million. And you can see it. The sequence featuring a pair of Dodge Charger SRT8s dragging a shipping container through Rio de Janeiro is perhaps my favorite of the entire series.

The Dodge Charger was the real star of Fast Five.
By Fast Five, my wife was genuinely hooked, eager to watch the remaining films and even continue on to spinoff Hobbs & Shaw. The films from here just keep gaining momentum and swagger until they reach outrageous levels that somehow still work.

At this point my wife was understandably underwhelmed, but she soldiered on with me promising bigger and better to come. Next was Fast & Furious. It’s in this film that the original cast finally returns, while Roman and Tej sadly take a bye. Still, you can feel the momentum growing. There’s no heist as such, more a revenge-filled slaughter, but some of the key concepts of the films, family and respect, finally stop being catchphrases and actually start to mean something.
Entertain your brain with the coolest news from streaming to superheroes, memes to video games.