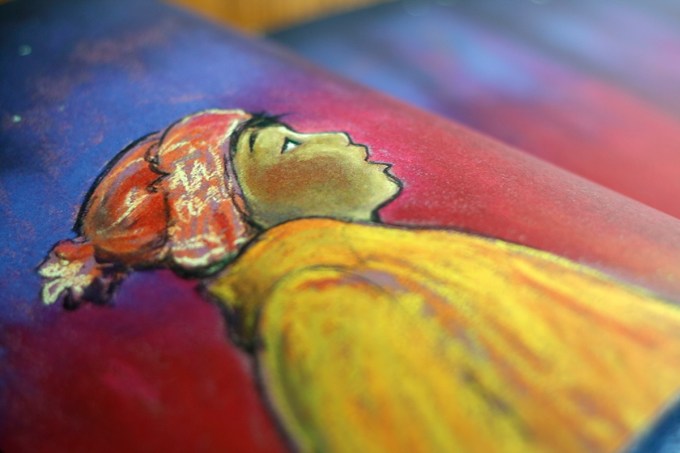 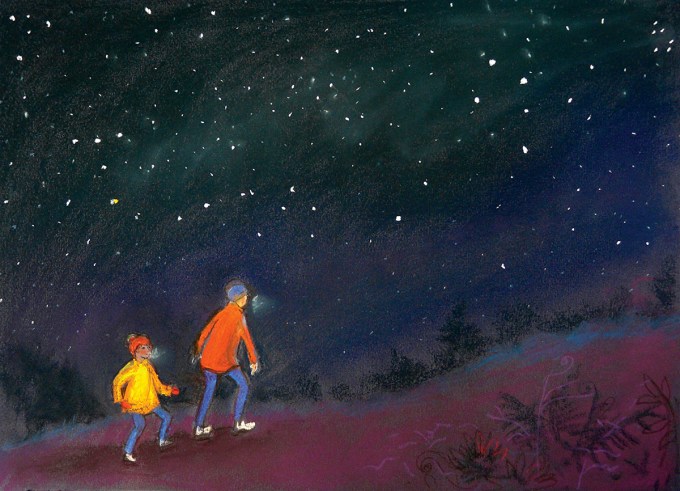 Outside everything was still.
Even the dogs were quiet, and the cows looked like prehistoric creatures, their noses streaming smoke.
Awestruck with the natural poetry and the mythic feeling-tone of the luminous spectacle, Gassendi named what he saw Aurora borealis — after Aurora, the Roman goddess of dawn, and borealis, the Latin word for “northern.” Eventually, as explorers braved the icy oceanic expanses to visit the polar regions of the Southern hemisphere over the following centuries, they adapted Gassendi’s etymology to name the Antarctic version of the luminous display Aurora australis, after the Latin word for “southern.”
From the land of Aurora australis comes Seeking an Aurora (public library) — a work of transcendence and tenderness by New Zealand author-artist duo Elizabeth Pulford and Anne Bannock, whose spare poetic prose and soulful paintings interleave to enlush an inner landscape of wonder, suspended between the creaturely and the cosmic.
On the walk home, back to the house with the warm buttery light, the father shares everything he knows about the aurora — a secret everythingness revealed on the last page of the book, in a brief science primer of an afterword, sweetly titled “Everything Dad Knew about the Aurora.”
The adventure unfolds from the narrative vantage point of the child, who turns around to look back at the house with its “warm, buttery light spilling from the kitchen window,” back at the two sets of “footprints in the silvery frost,” then up at the sky, “a ship of shivering stars.”
They walk with brisk excitation across the open field and through the skeletal trees as the warm humanity of their breath puffs into the cold night air, into the silence they share with the other breathing creatures that make this planet a world. 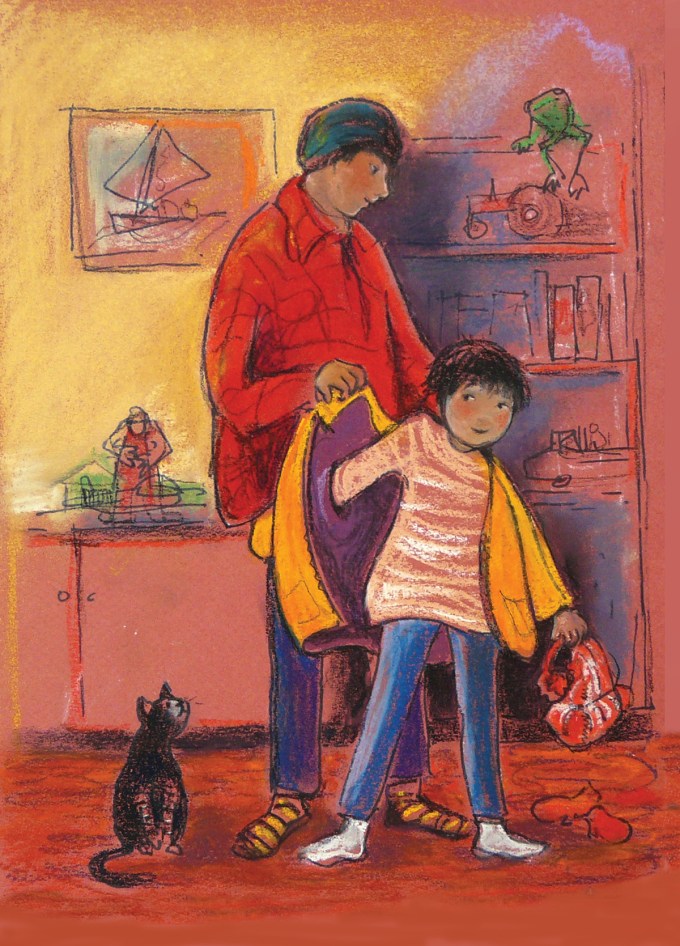 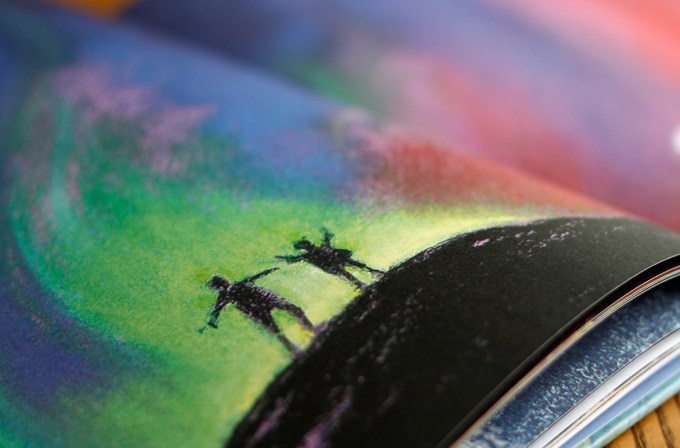 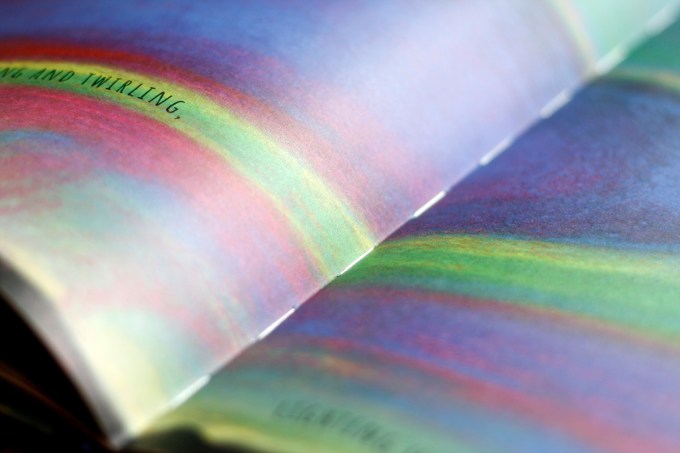 Late one night, a father awakens his child — a child of ambiguous gender and ethnicity, a touching effort to approximate the universal in the human — to slip out of the house together, past the soundly sleeping mother and the baby in the crib, and out into the winter nocturne on a quest of wonder.
Dancing light, glowing and glimmering,
shimmering and shining.
Colored ribbons swirling and twirling,
lighting up the sky on the still, dark night.
And then, suddenly, the aurora appears, its “wide wings of light” sweeping across the sky to widen the child’s eyes with wonder.
In 1621, already questioning his life in the priesthood — the era’s safest and most reputable career for the educated — the 29-year-old Pierre Gassendi, a mathematical prodigy since childhood, traveled to the Arctic circle as he began diverting his passionate erudition toward Aristotelian philosophy and astronomy. There, under the polar skies, he witnessed an otherworldly spectacle on Earth — our planet’s most intimate and dramatic contact with its home star, a chromatic swirl of the ephemeral and the eternal unloosed as solar winds blow millions of charged particles from the Sun across the orrery of the Solar System and into Earth’s atmosphere, where our magnetic fields carry them toward the poles. As they collide with the particles of different atmospheric gasses, they ionize and discharge energy as photons of different colors — red, blue, green, and violent — painting the nocturne with the waking dream of a pastel-technicolor dawn. 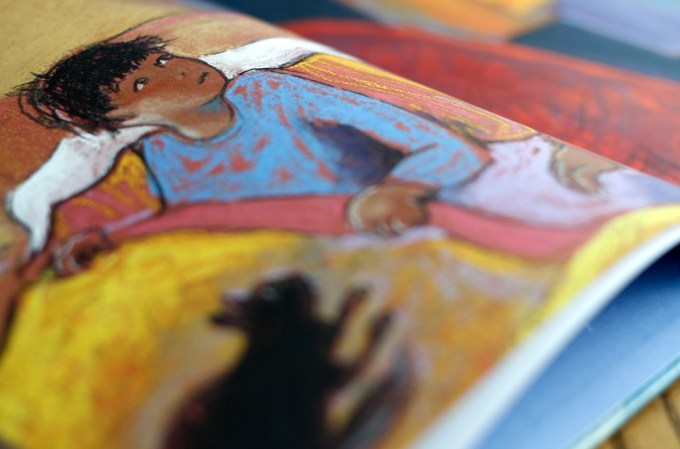 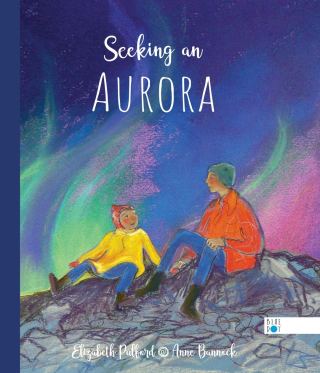 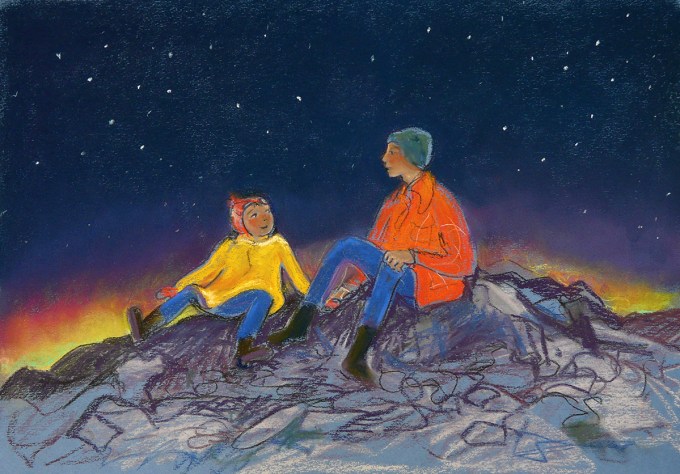 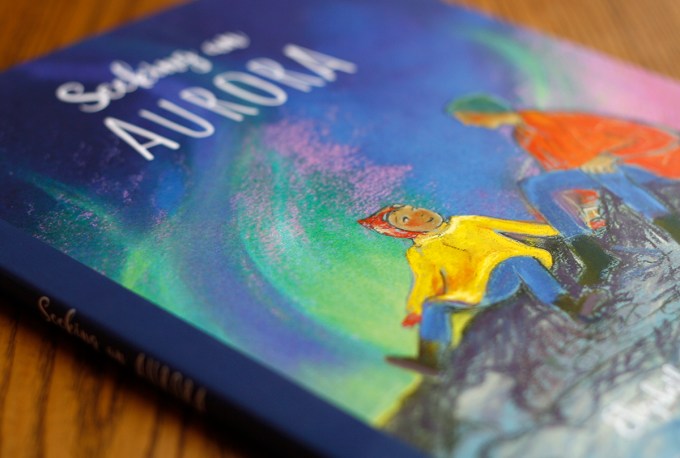 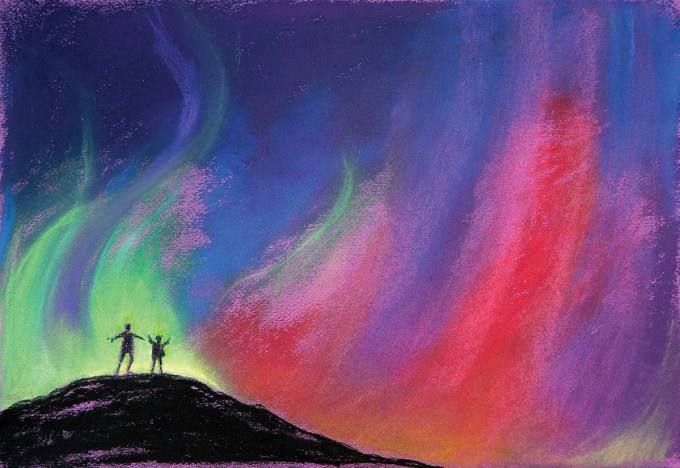 Couple Seeking an Aurora with the inspiring picture-book biography of trailblazing astronomer Maria Mitchell, then revisit a literary titan’s account of the other great cosmic spectacle visible from Earth — Virginia Woolf’s arresting meditation on the total solar eclipse. 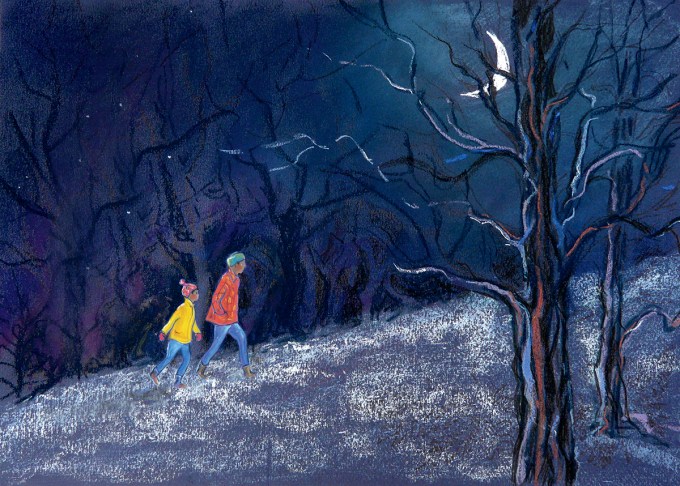 As the pair ascend the steep hill toward their lookout, the cows and the dogs recede into the distance, leaving only the stars, the Moon, and the swell of anticipation. 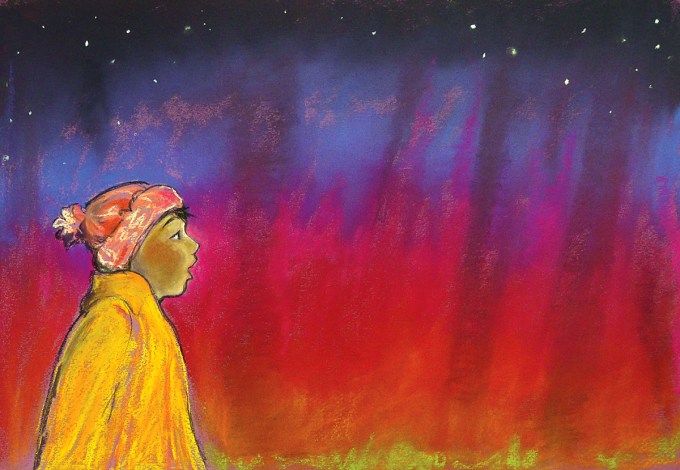