When the trays of alcohol are heated, the vapor sinks because alcohol molecules are heavier than air, supersaturating the chamber with vapor so that any littlest particle will kernel the condensation of droplets as subatomic particles collide with air molecules and fracture them into charged ions around which cloudlets condense — a fractal miniature of what happens when cosmic rays pass through Earth’s atmosphere, breaking air molecules apart into high-energy subatomic particles that then break more molecules apart and make more particles.

Complement with the story of how physicist Lise Meitner discovered nuclear fission and was excluded from the Nobel Prize for her own discovery, but went on to blast open the portal for women in science, then savor this wonderful BBC In Our Time episode about cosmic rays and revisit the poetic physicist Alan Lightman on what makes our atomic lives worth living.
Wilson perfected the first prototype in 1911, as Hess was soaring into the sky in his balloon, and called it a “cloud chamber.”
In the decades that followed, other scientists built on Wilson’s inventive particle detector. The year Hesse won his Nobel Prize for the discovery of cosmic rays, the American physicist Alexander Langsdorf Jr. — who had worked on the atomic bomb and became a vocal critic of nuclear weapons — reimagined the cloud chamber not with water but with alcohol, coolable to much lower temperatures before freezing, making it much more sensitive to ionization tracks.
A century after Wilson’s birth, in the Summer of Love, NASA Ames Research Center donated one of their cloud chambers to the first exhibit at The Exploratorium — San Francisco’s magical museum of science and wonder, founded that year by Frank Oppenheimer.

[embedded content]
Ever since the discovery of radioactivity in 1896, it was believed that any radiation in the atmosphere was emanating from radioactive elements in Earth’s rocky body, and should therefore decrease as distance from the surface increases. But Hesse discovered something astonishing as he ascended, making meticulous measurements at regular intervals along the way: Radiation steadily decreased in the first kilometer from the surface, then began steadily increasing, registering the highest level at his greatest height.
Months after Hesse made his first balloon ascent, the Swiss physicist and meteorologist Charles Thomson Rees Wilson (February 14, 1869–November 15, 1959) built a wondrously imaginative device for studying cloud formation and optical illusions in humid air, which would find an unexpected application in the study of cosmic rays and for which Wilson too would receive the Nobel Prize.

In the final year of his twenties, the Austrian physicist Victor Franz Hess (June 24, 1883–December 17, 1964) climbed into the basket of a balloon, carefully stationed the exquisitely precise new electroscopes he had built himself, and ascended into the sky to probe a mystery that had long puzzled scientists: the presence of ionizing radiation and electricity in the air. Hess flew day and night into the moody skies, through icy sunshine and black storms — a naked ape afloat five kilometers above his habitat on the wings of hydrogen and silk, risking his life for this one fragment of truth the way Caroline Herschel had risked hers for another a century-some earlier.
In his twenties, standing atop a mountain with his back to the Sun, Wilson had gasped at the enormous haloed shadow his body cast upon the distant clouds — an atmospheric phenomenon known as Brocken bow or mountain specter, produced when the tiny near-identical water droplets in clouds refract and backscatter sunlight. 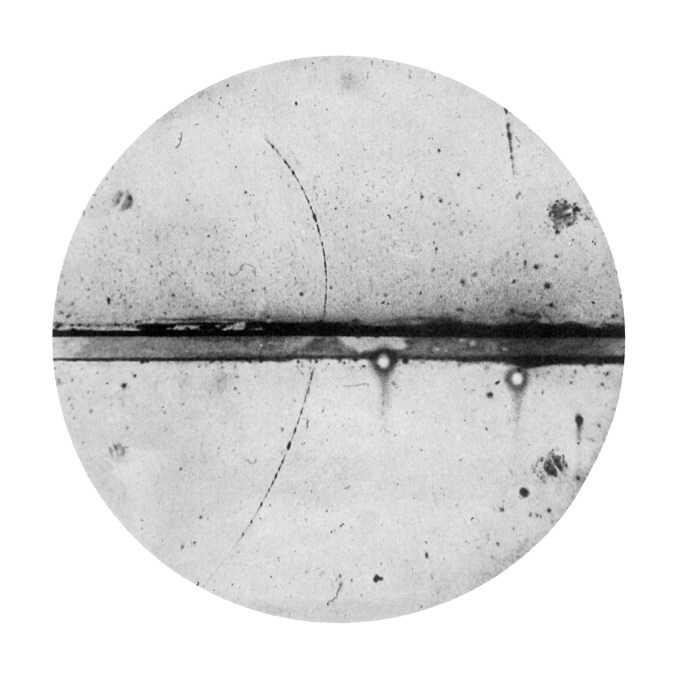 Today, cosmic rays still carry with them a particulate cloud of mystery — a million cosmic rays go through your body each night while you sleep, but we don’t yet know where they come from. Most probably supernovae, but possibly also quasars, active galactic nuclei, and gamma-ray bursts. Some have been identified to originate in the Crab Nebula supernova remnant thousands of lightyears away. Some might be coming from one of the radio galaxies closest to Earth, Centaurus A. Cosmic rays detected on the International Space Station might hold clues to the supreme cosmic mystery of dark matter.
In 1936, a quarter century after his balloon ascent, Hesse won the Nobel Prize for his discovery of cosmic rays. Albert Einstein bowed to him in his 1939 World’s Fair speech. Cosmic rays went on to revolutionize nuclear physics and the wonderland of subatomic particles, leading to the discovery of the muon — the electron’s heavy-set cousin — and the positron, the electron’s antimatter twin. 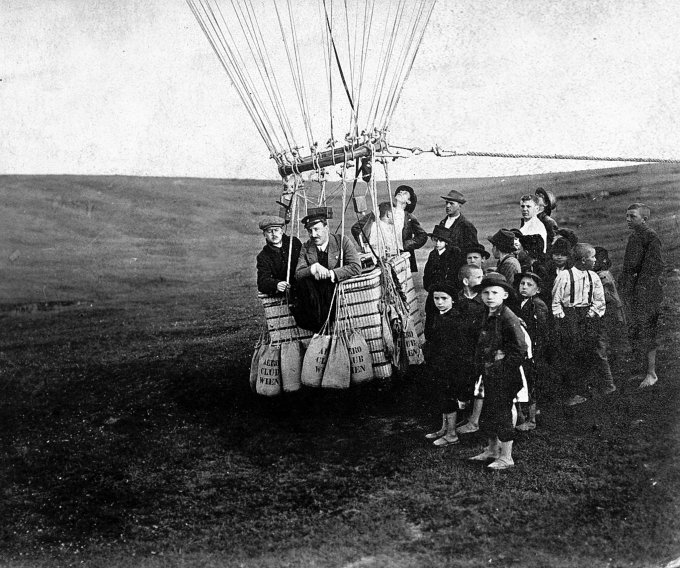 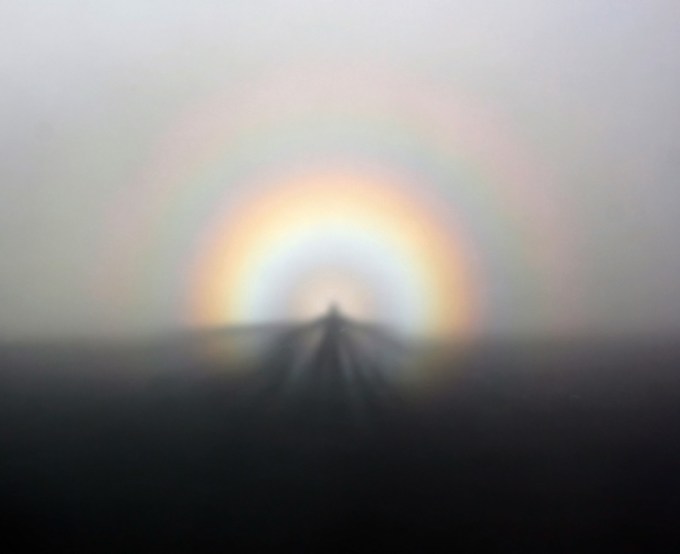 Inside the cloud chamber, as cosmic rays drag subatomic particles through matter, they paint a constellation of wispy white lines left behind by muons traipsing through the liquid, dappled with some shorter, curlier electrons tracks and a handful of thicker scratches made by alpha particles — the nuclei of helium atoms. Suddenly, this the dazzling faraway mystery of cosmic rays is rendered intimate and visible, reminding us that we too are mostly restlessness and empty space.